Spiced Apple Cider Bourbon Caramel Sauce is an incredibly delicious sauce that is perfect for drizzling over ice cream, tarts or even pancakes. Also delicious eaten straight off the spoon!

You ever make a recipe with several parts and decide one part is so good it needs to be its own separate creation and then put it on everything you make/eat/bake/ or just on a spoon to shove in your mouth until you run out? No? Just me? Ok. Because I made this insanely good spiced apple bourbon caramel sauce for a tart I was going to make and it ended up better than I thought it would. And I have been putting in on everything. Well not EVERYTHING. On top of chicken might be weird. 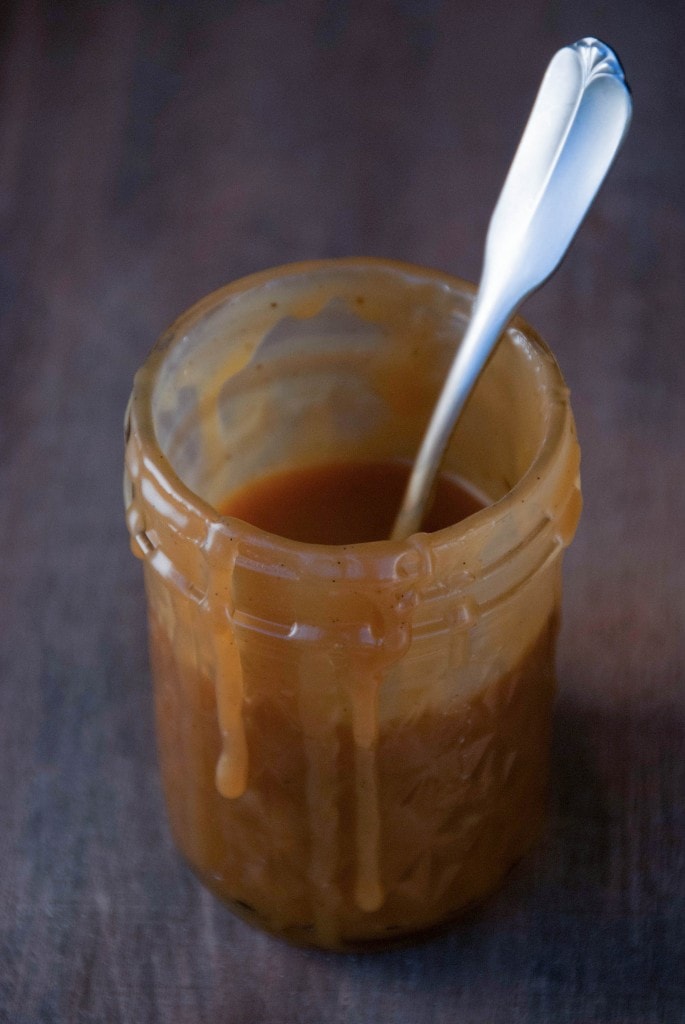 I had bought two half gallons of this ahhhmazing apple cider from the orchard we went to, and luckily it was frozen because I would have had to use it all up quickly and I wanted to be able to use it for many recipes. I was thinking about making an apple tart since we picked a gazillion apples and it didn’t seem there was an end to the bottom of the bag, but I wanted to make it a fancy tart and add a sauce to it. I adore caramel and make it salted caramel even better, add bourbon and I am a happy happy girl. I didn’t add salt this time, I wanted to have the flavors focus more of the cider and the bourbon. I am glad. Because this really came out amazing. I have made caramel sauce many times before, some successful, some failed (that was pre candy thermometer ownership time) but this was by far a success. 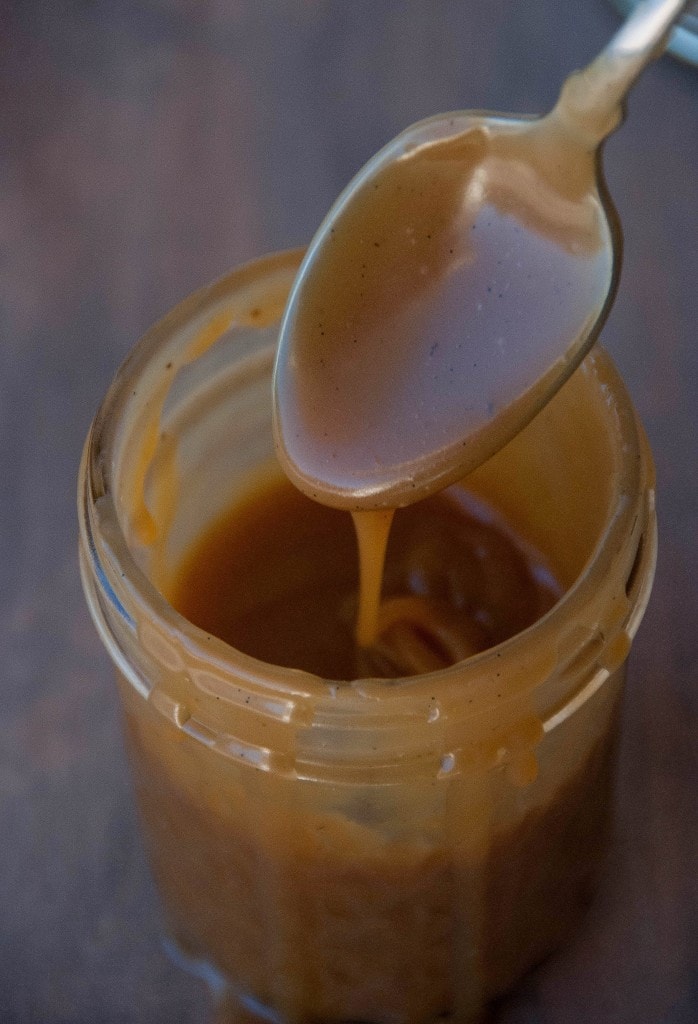 There are two ways to make a caramel sauce, one just by melting sugar til its liquid to start (sugar actually contains some water so it melts pretty easily on its own) or with a liquid such as water. The adding a liquid way takes a little longer because you pretty much want it to evaporate or come close to it. I first learned how to make caramel sauce by following a recipe in my Perfect Scoop book from David Lebovitz, he has the BEST ice cream recipes in that book. I have made many, and still have lots I want to try. He has a great step by step tutorial for caramel sauce  here.

I experimented with the cider by adding some whole spices and reduced it to a syrup.  The aroma of that was killer. The made the caramel sauce from there and added the bourbon at the end. Spiced apple cider bourbon caramel sauce was born. 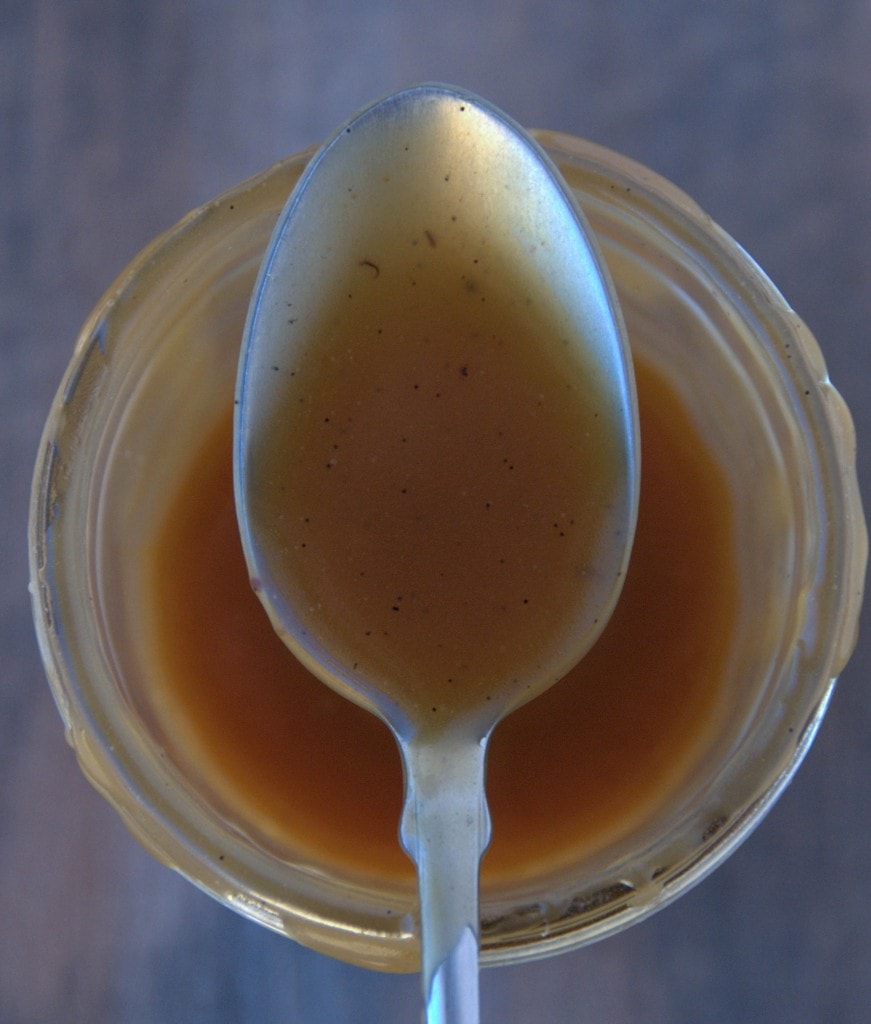 So so lovely. Spicy. Appley. Bourbony. Caramelly. Yes those are all words. Says me. 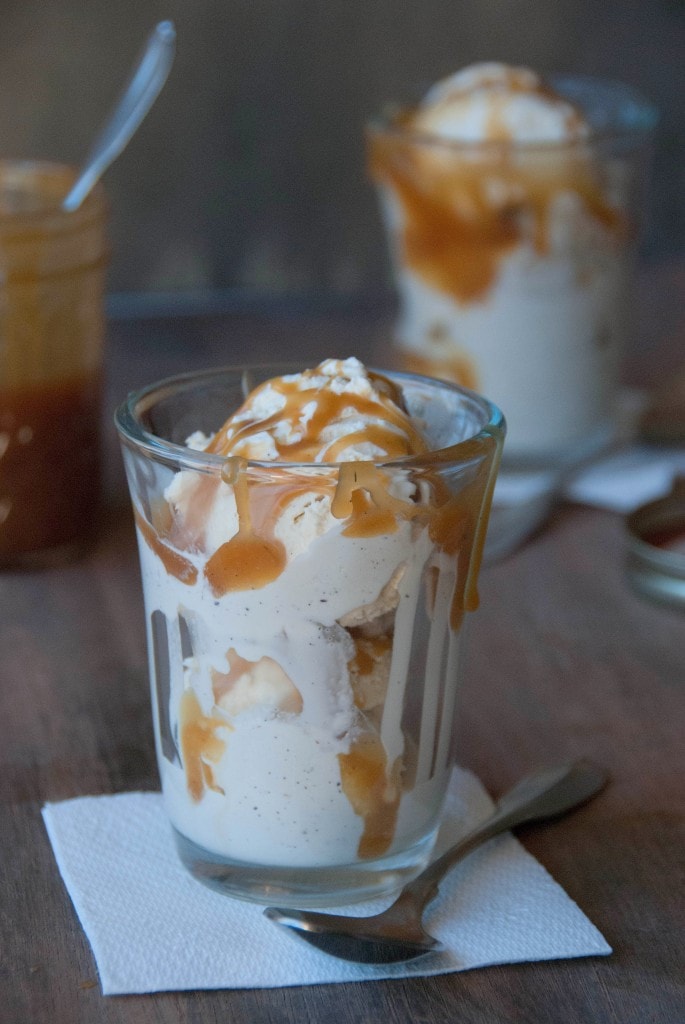 Plus I FINALLY get to take pics of these cute ice cream/cocktail glasses I got. I had planned them for this pumpkin ice cream I made but someone ate it all before I could take pics. Not naming names coughhusbandcough but I guess I will have to make it again, it was really good. 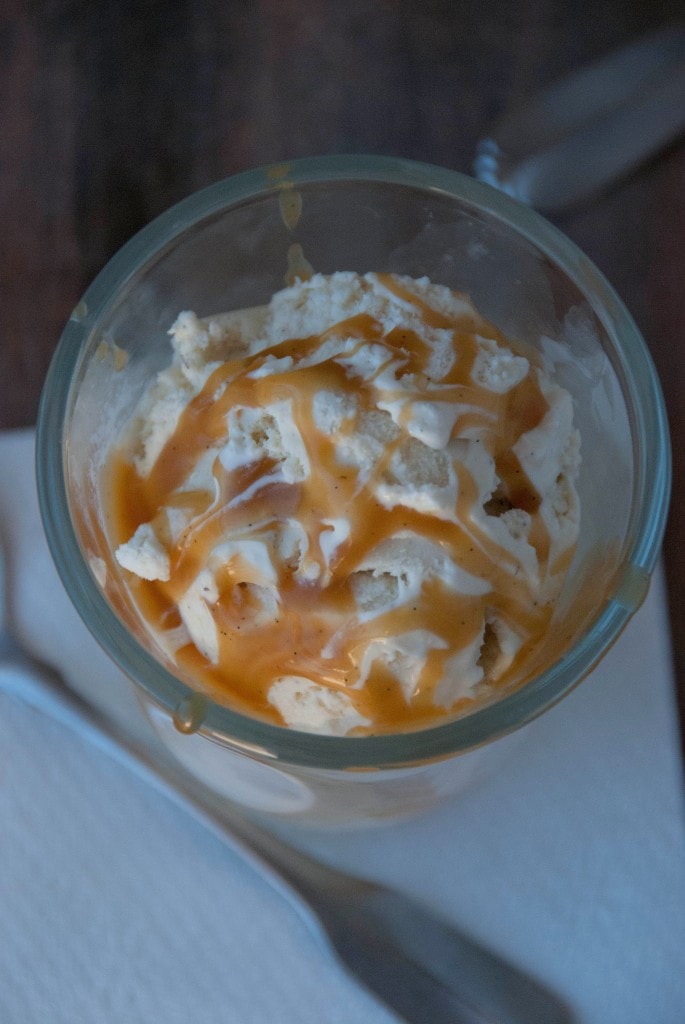 Isn’t that pretty? Make it. You won’t be disappointed 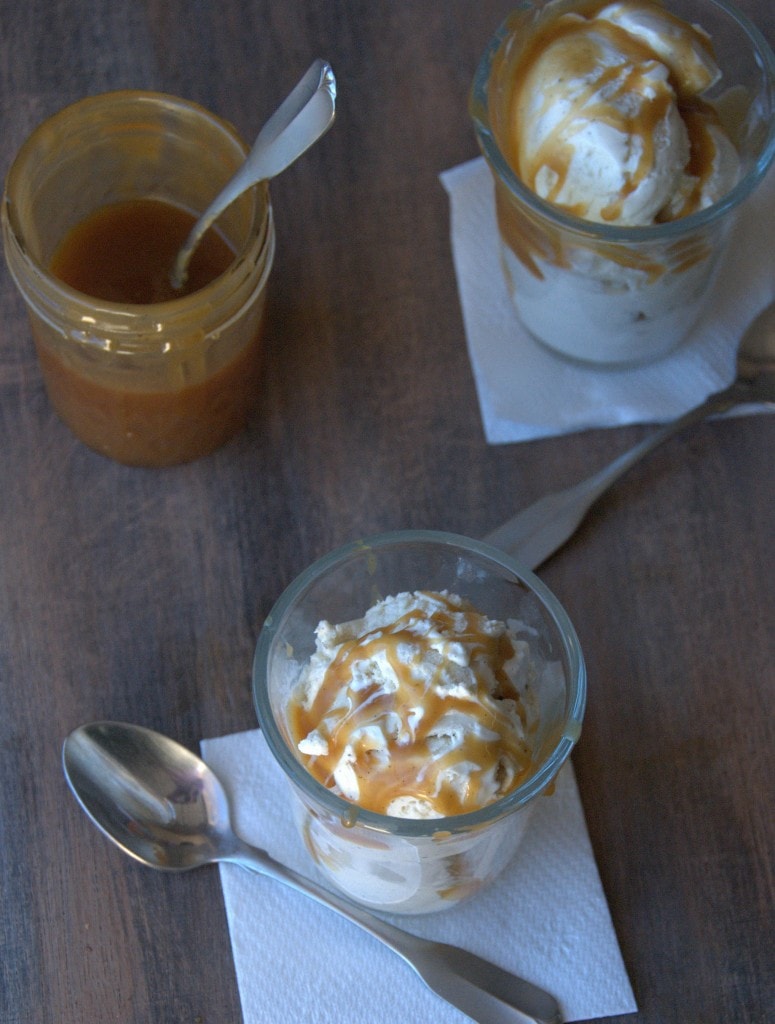