They say when you age, your memory is one of the first things to go. I don’t know if that is necessarily true, as my great Aunt Lilly at age 95 has a memory better than anyone I know. She says her memory is going, I beg to differ. (updated 2020 – My Aunt Lilly is now 102!!) 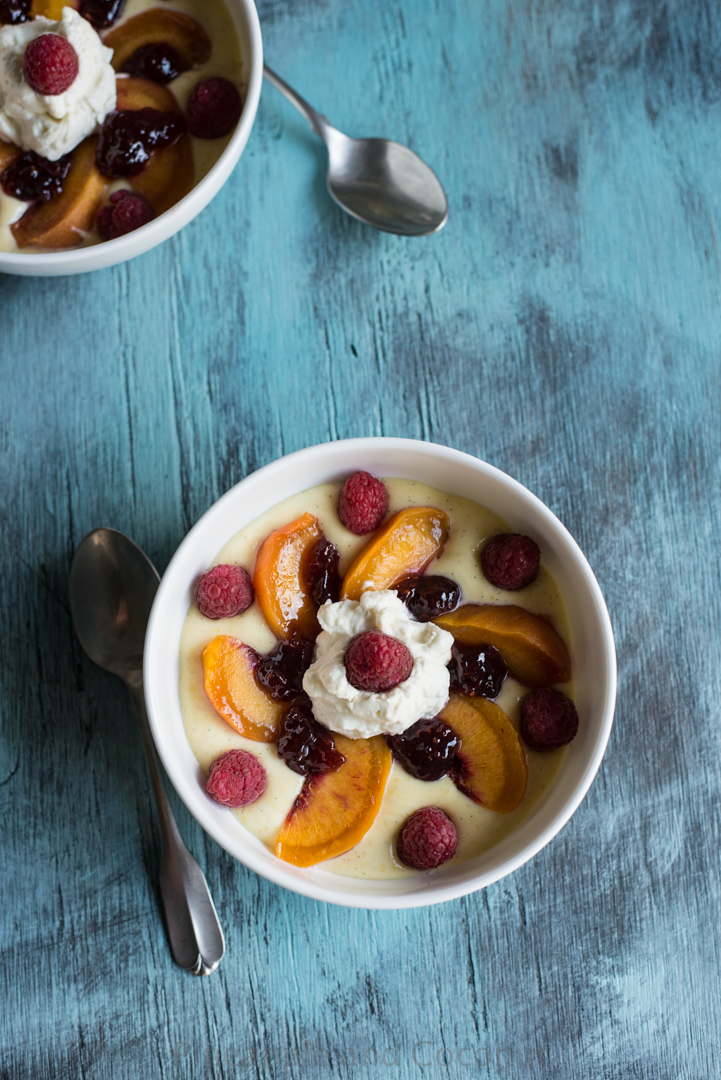 When I was chatting with her a few weeks back asking her about her childhood so I could add more to my stories about her in my post with the zucchini salad I made, she decided instead to tell me all about a dessert she had as a kid growing up in Austria. Instead of telling me about where she lived, what she did, she went on for 20 min about this one dessert which to me sounded like Peach Melba, but she insisted it wasn’t. 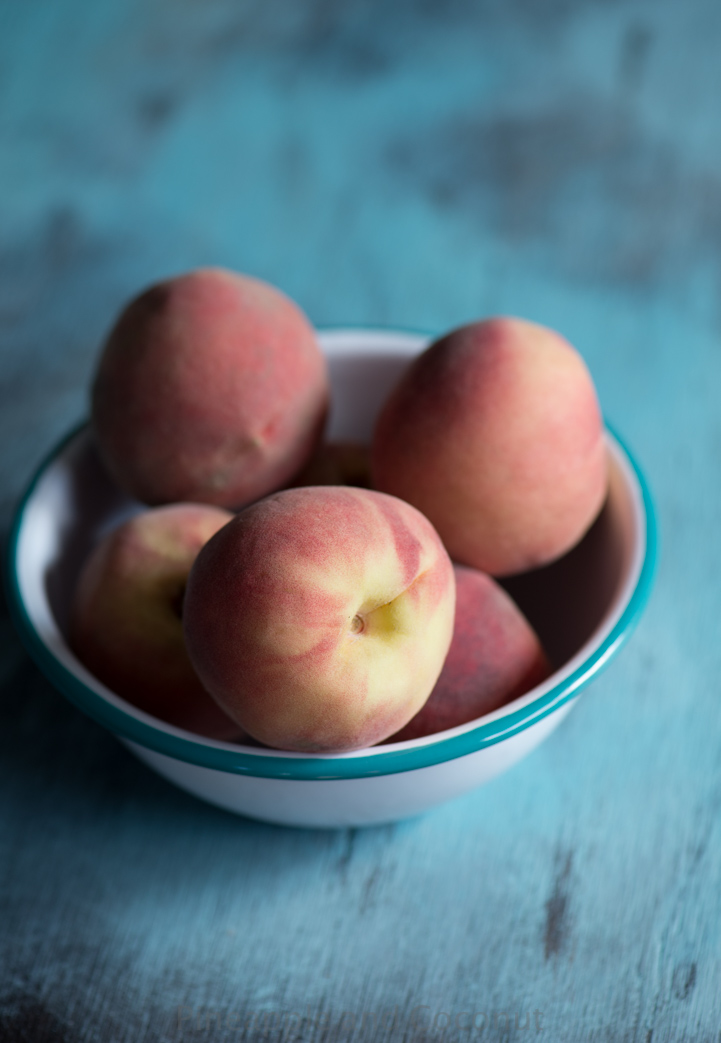 I think when it comes to food, those memories never seem to fade. One always remembers a special meal or food experience they had during their life, especially their childhood. Memories of going out for ice cream after dinner, memories of a special meal made at holidays, special cupcakes for a birthday, etc.  My aunt explained to me how they never had desserts during the week as a child, or at least no cake during the week, but that they always had a special dessert on Sundays. Her parents never cooked, it was something their household cook made for them, and this dessert was one of her favorites. She said she and her brother, My grandfather on my mom’s side, always looked forwards to Sunday dessert. 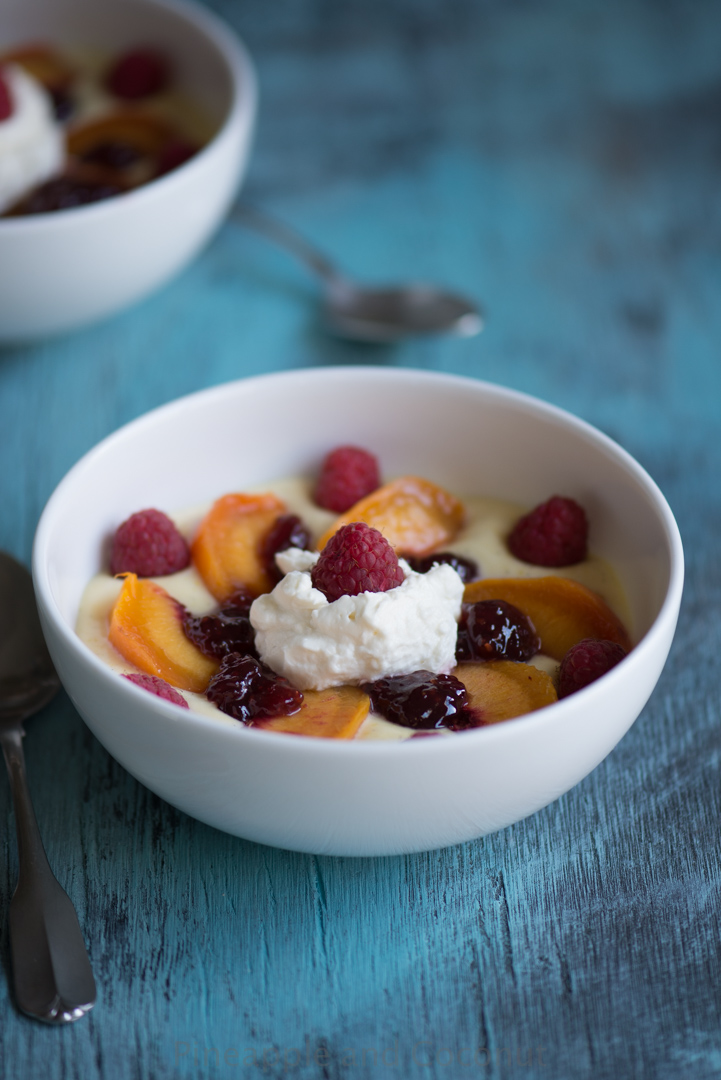 Lilly took 10 minutes to explain to me how to blanch peaches to get the peels off. 10 minutes. I already knew how but I didn’t want to interrupt her as she went on. I can tell she is slowing down a little, I mean, at age 95,  where she goes out and plays golf several times a week AND gets holes in one often, you would think that isn’t slowing down at all, but when I talk to her I can tell she isn’t as quick. And maybe a little forgetful, but if I didn’t know how to blanch peaches before, I definitely do now. 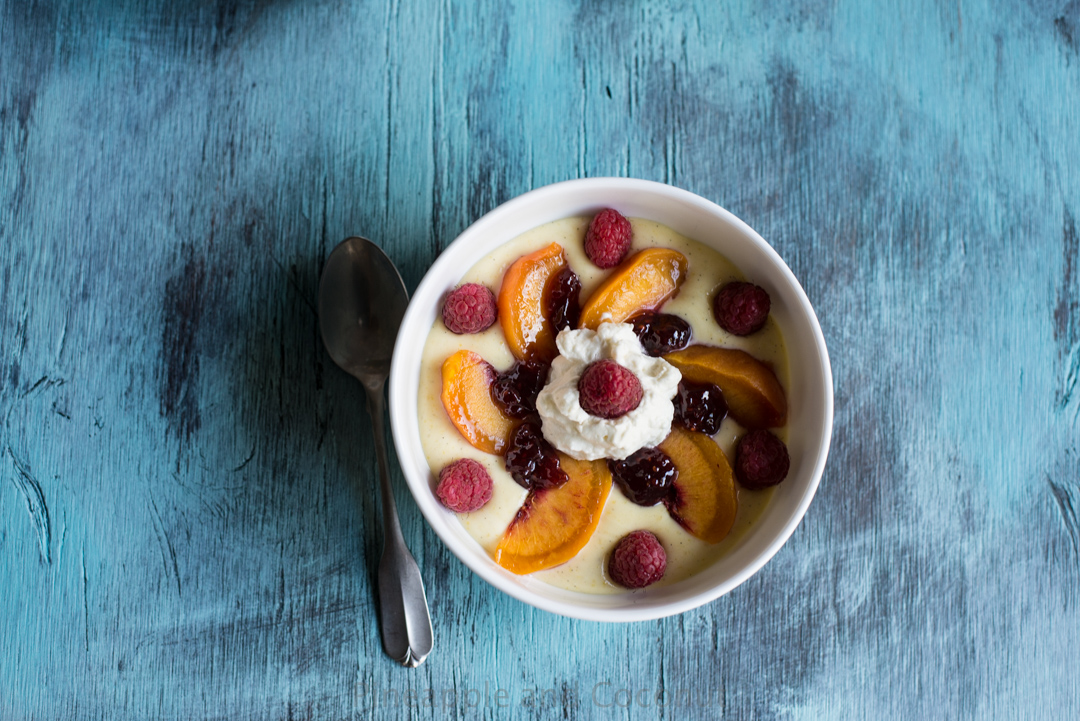 She then went on about the sauce the peaches were floating in. Not as thick as a custard or pudding, but not as thin as a sauce, and it was definitely not ice cream. She said it was blanched peaches that floated over this vanilla thin pudding like sauce with raspberries, raspberry jam and whipped cream and it was just delicious. Perfect for late summer to take advantage of the end of the season’s juicy peaches.  “The peaches just floated on the sauce. Just delicious. If you make this, please make this and call it ‘Aunt Lilly’s Peach Floats’ okay dear, This is just so de lic ious?”   ” But peach floats sounds like an ice cream soda, are you sure this isn’t Peach Melba” ” I already told you this isn’t. These are Aunt Lilly’s Peach Floats”. 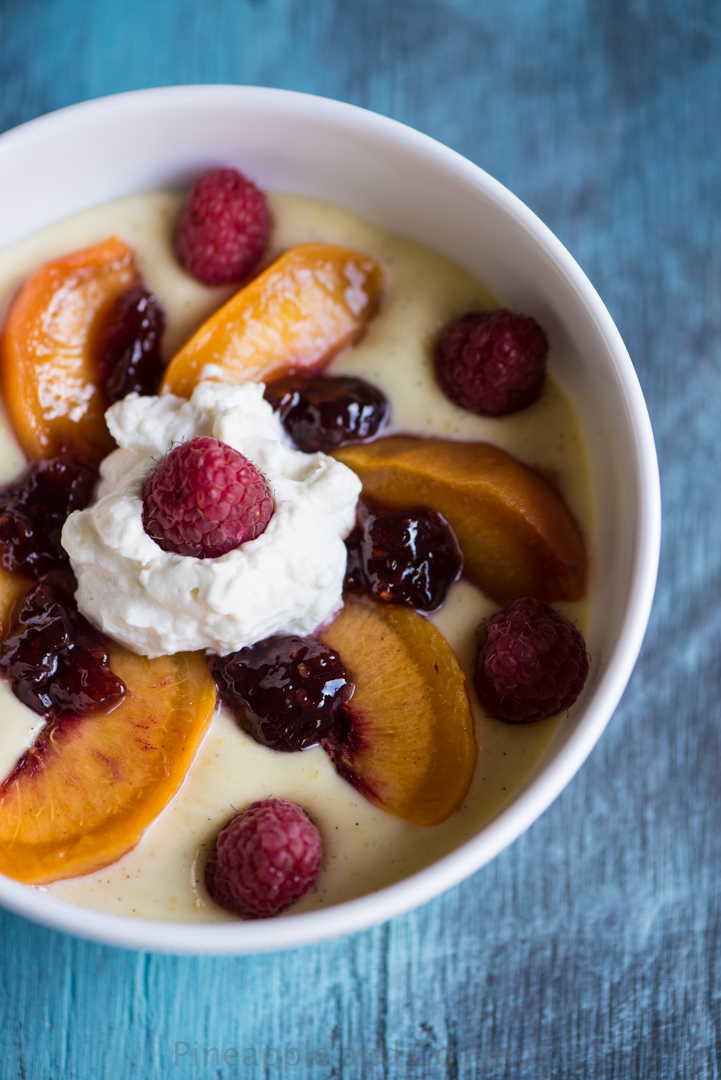 I was trying to figure out what exactly to make for the sauce. I started with a pastry cream but wanted something a bit lighter.

I decided to fold in some whipped cream and that lightened it up perfectly. The peaches really do float on top of the sauce and the entire dessert is so light and delicious. Thank you Aunt Lilly.

For the Pastry Cream

1. Place ice and water in a larger bowl and place a smaller bowl into the ice water making sure the water wont get in the bowl and set aside

2. Set a deep sauce pan of water over medium high heat and bring to a simmer. Place the peaches in and simmer a few minutes, until the skin starts to soften slightly. Remove and place in a bowl of ice water and let cool completely. Once cool carefully peel, slice in half, remove the pits and slice each peach into 6-8 slices.

Frozen peaches or necatrines would work if you don't have access to ripe peaches. Just thaw before adding to the bowl

So if you still have some late summer peaches left, make this dessert. You won’t be disappointed, because, it is JUST DELICIOUS. 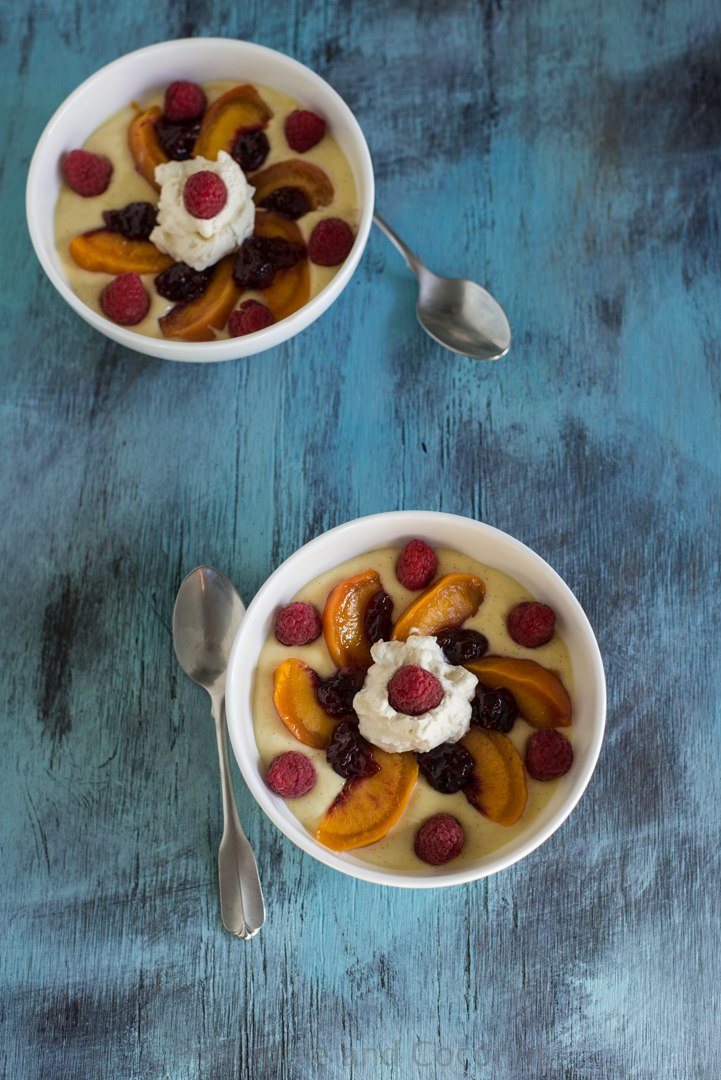