Smoky Romanesco, Celery Root and Broccoli Soup is another rich and creamy vegetable soup creation of mine. Plus there is bacon!

I am beginning to call Saturdays around here Soup – er Saturdays. 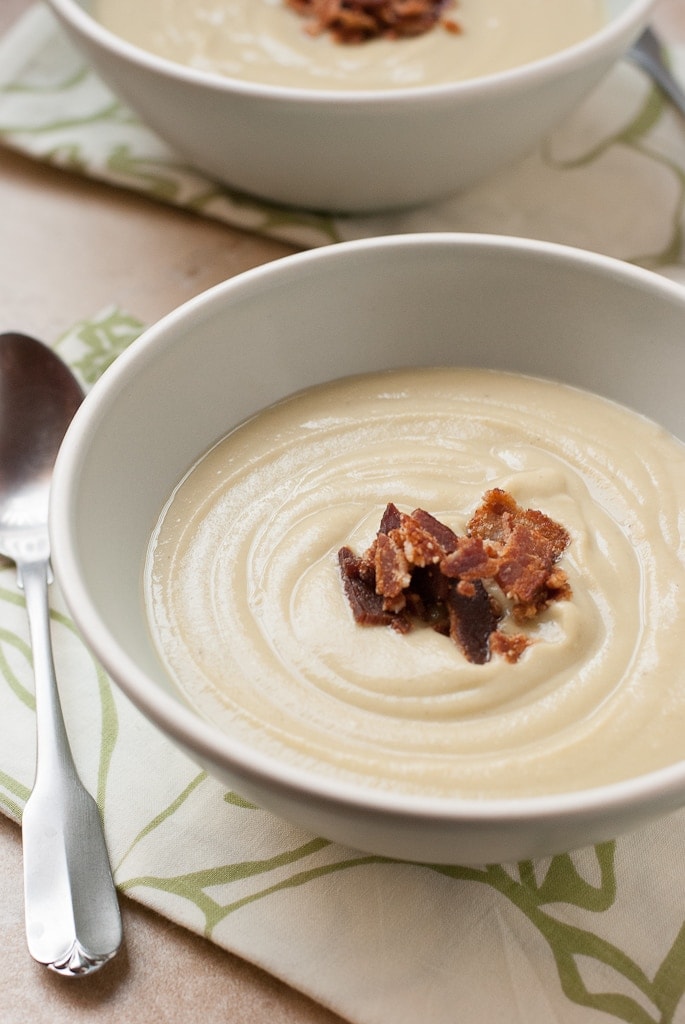 I have been making a ton of soup lately and it’s always influenced what we get in our CSA/Bountiful Basket organic veggie haul every Saturday am. Most of what we get we know we are getting and some stuff is whatever they have to add in. I had forgotten that we had ordered our box last week and went to the store and grabbed a few veggies, one of which was a romanesco. Such a funky looking veggie. From what I understand its a cross between cauliflower and broccoli. Its light green, sort of spiral looking, and, well, funky. Is that one in the middle on the right. And that gnarly looking thing on the left, that is celery root. That was in our box this week. 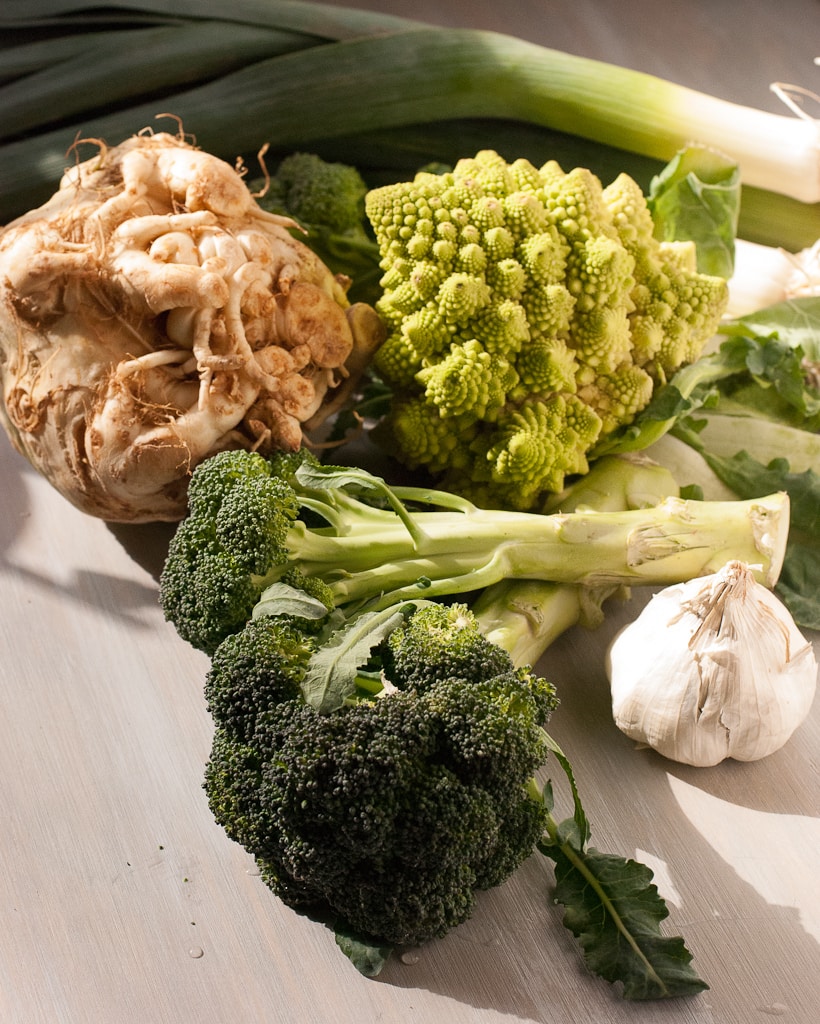 So when I saw those and the broccoli, leeks and garlic that we also got in the box this week I knew I wanted to make soup. Again. I need a break from cookies. For a few days at least. Not forever, that’s just crazy talk. But I was thinking about a broccoli soup, with extras. 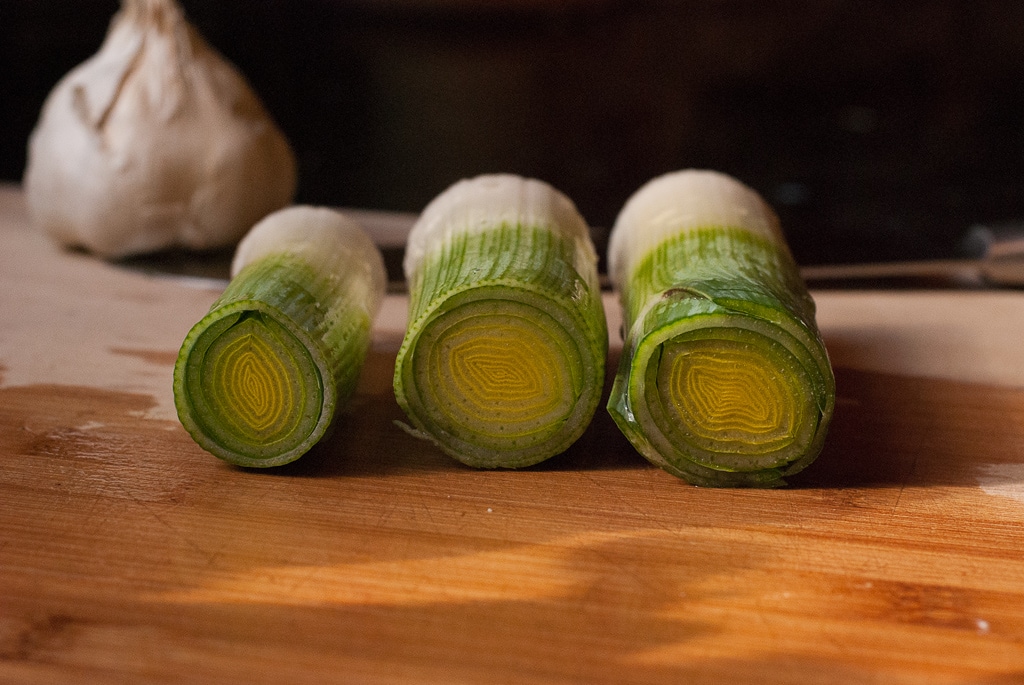 Let’s talk about leeks for a second. I love leeks. Why? They are like a mellow onion, they add a good flavor to soup bases that’s not too strong, plus it makes me feel like I’m a fancy chef using a fancy ingredient. And they don’t make me cry like a baby when I cut them like onions do. I have tried many of the tricks when cutting onions to keep them from making my eyes water, I have even worn my snowboarding goggles while cutting a ton of onions for a soup recipe before, but even that didn’t work that well. So when I can I stick to using leeks in soup recipes instead of onions, unless its French onion soup. Which I have only made once before. Hence the wearing of the snowboard goggles. 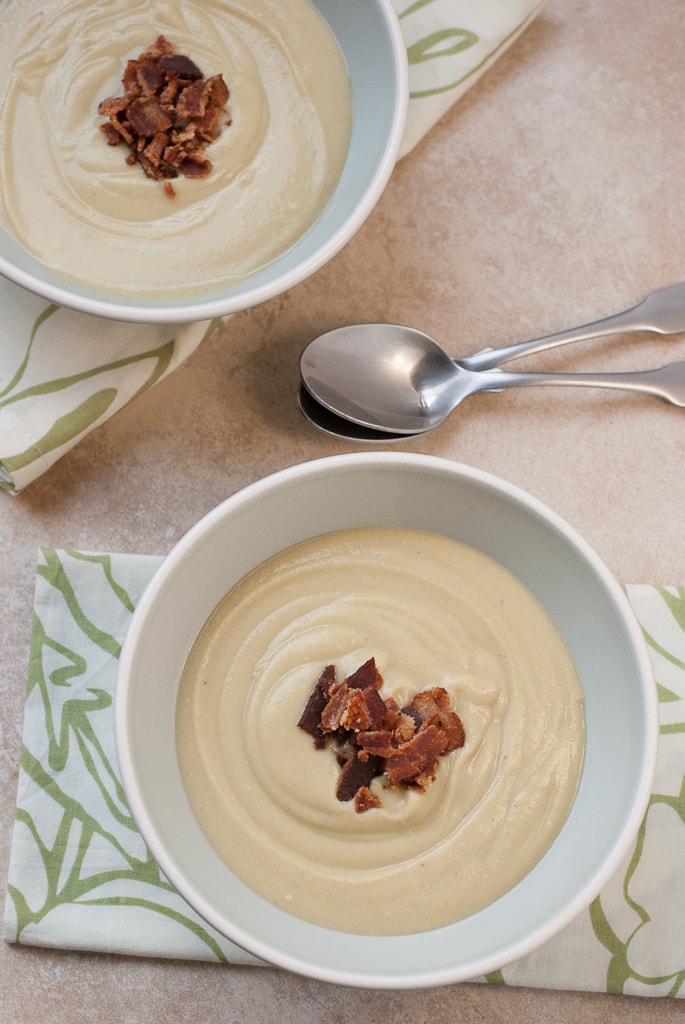 Why yes that is  bacon crumbles on top of the soup. I say “Soup – good. Soup with bacon – awesome” unless you don’t eat bacon for any reason. Then you still have good soup. I wanted a little bit of a change from my usual roasted veggies, simmer, puree. So I started with bacon and then cooked the veggies in the bacon grease. It made for a nice smoky flavor that worked really well with the flavor of the veggies in the soup. 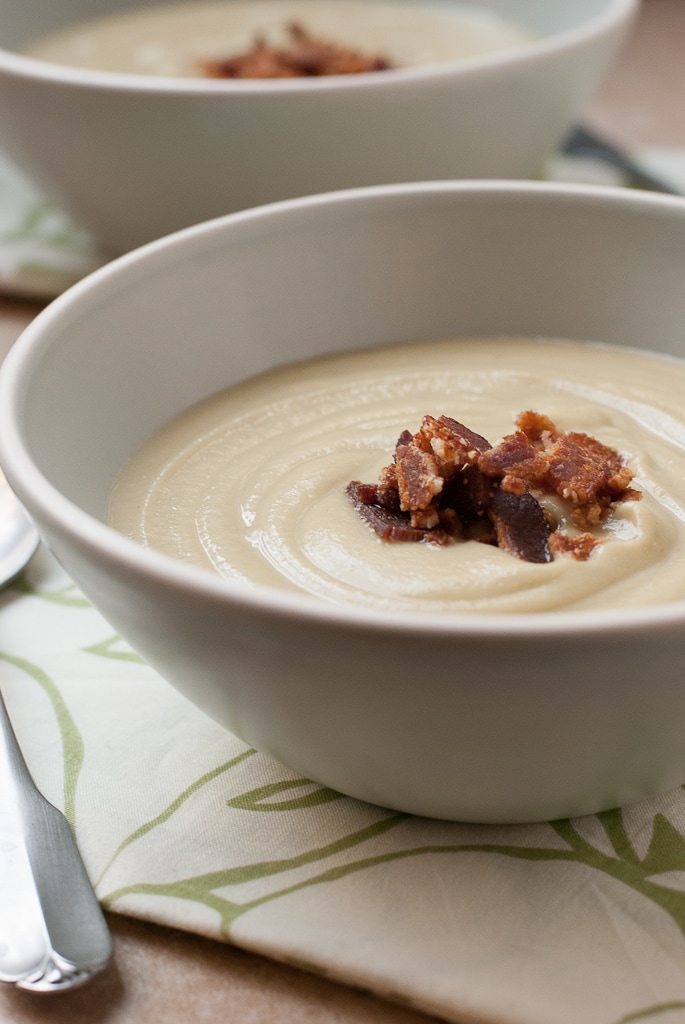 With all the green I had going into this soup I was surprised it wasn’t more green once pureed, the broth I used was my homemade stock and it’s more on the clear side for broth so this came out looking more like a cauliflower soup but you can really taste the different veggies in it. I really liked it and am excited to see what next week’s organic veggie haul brings us. Maybe I will switch from making a soup to a salad or something. I can always make more cookies in the meantime. 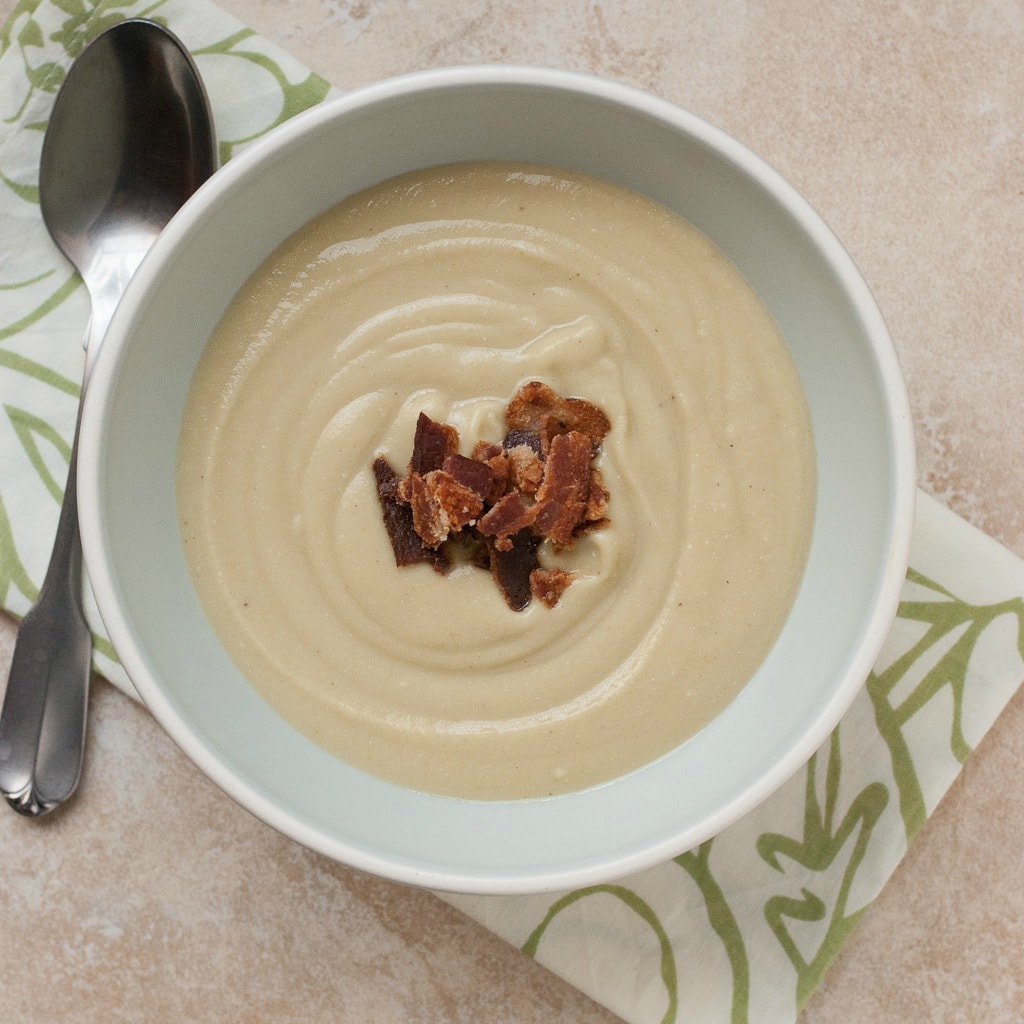