I am a huge tennis fan and the last two weeks most of my time has been spent watching Wimbledon. Or at least having it on my computer while I attempt to get other things done.  Wimbledon is known for its traditions from its all white attire for players to the food and drink served for the spectators to enjoy while watching the matches. There are a few items that Wimbledon is most famous for such as the Pimm's cup cocktail and strawberries and cream.

Eton Mess is also a popular British dessert that makes it into many lists of Wimbledon foods. So what I have done for you all today is a dessert mashup with my Pimm's Cup Strawberries and Cream Eton Mess. This way when you can't decide on what to eat or drink - you can have it all in one delicious dessert. And of course I photographed these on an all white background with all white dishes and utensils in honor of Wimbledon's "whites". 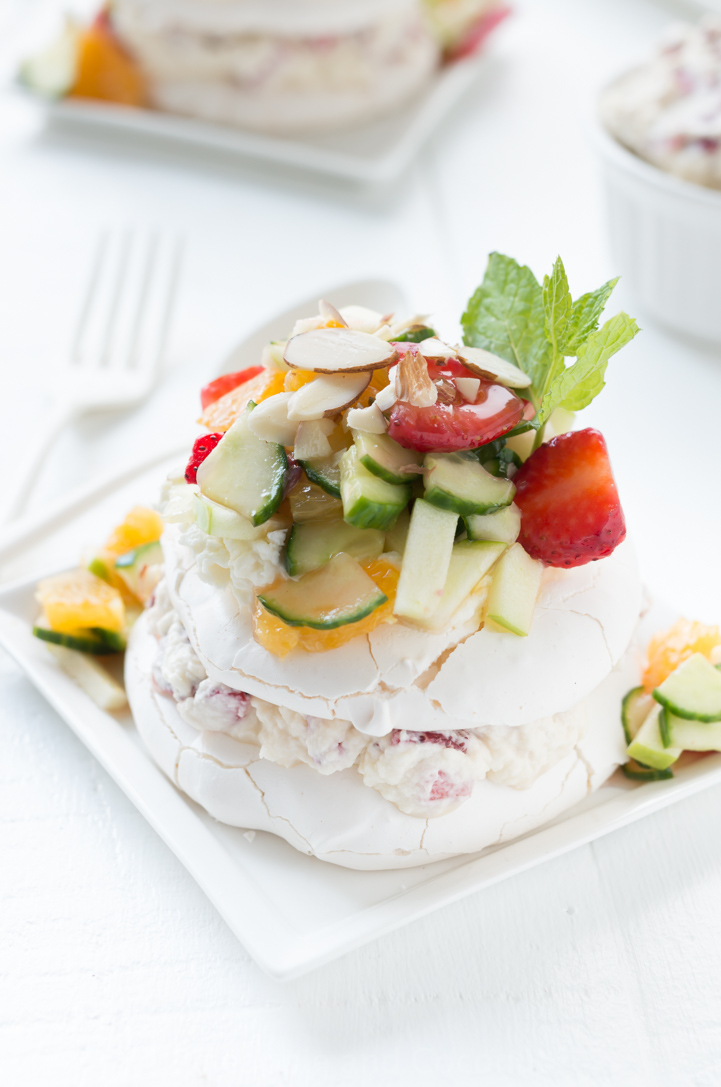 I am a little bummed I didn't think up the idea for this recipe earlier considering the finals start today. But better late than never AND this dessert whips up so fast you can enjoy it for the finals or any day really. Its a night light and surprisingly refreshing dessert that isn't too sweet that is perfect for a summertime treat. 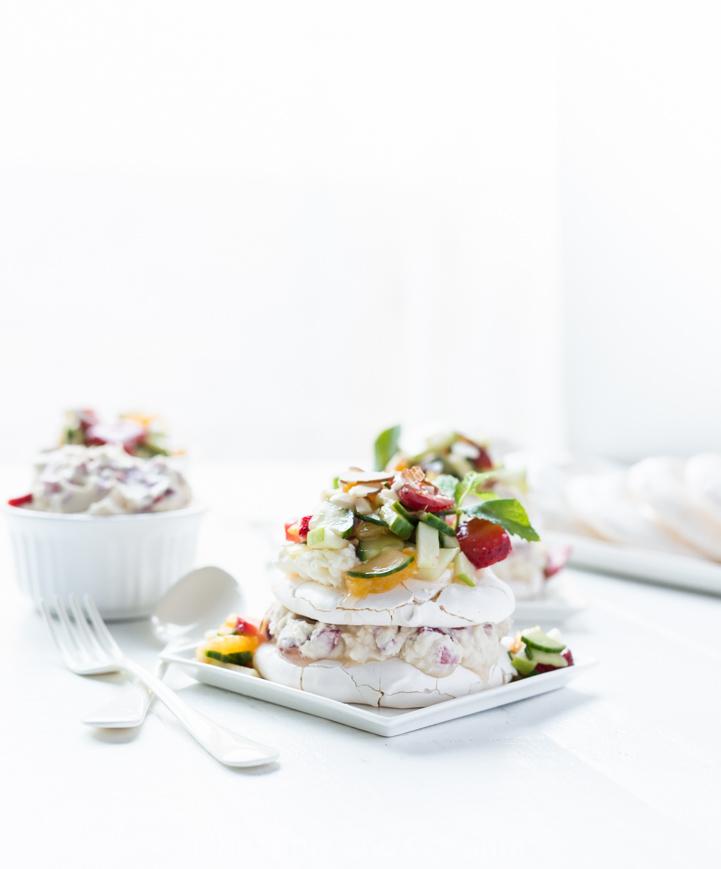 When I first thought of this dessert I originally thought of how to tie in the Pimm's Cup with the Strawberries and cream together but I didn't want to only add the fruits and veg that are garnishes for the Pimm's cup into the strawberries and cream and have that be the recipe. That seemed to be lacking a little something. I looked up Wimbledon Foods and found this awesome site HERE and I saw Eton Mess on the list and I thought "PERFECT!! " The meringues would be a great way to tie the whole recipe together. 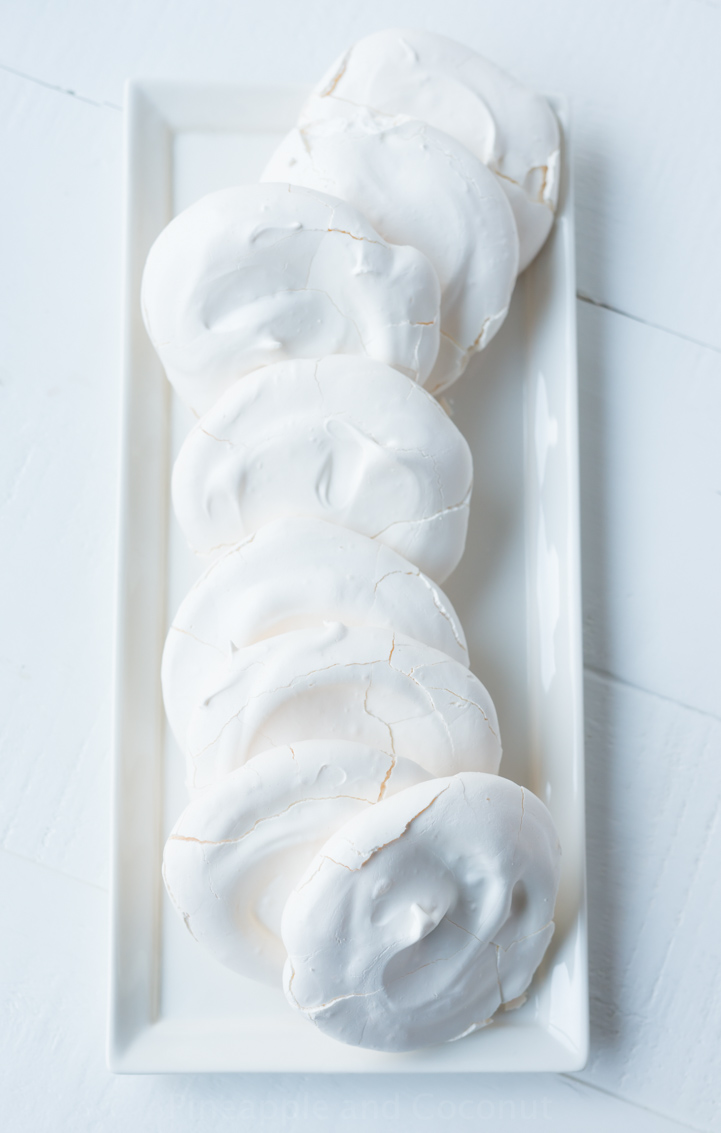 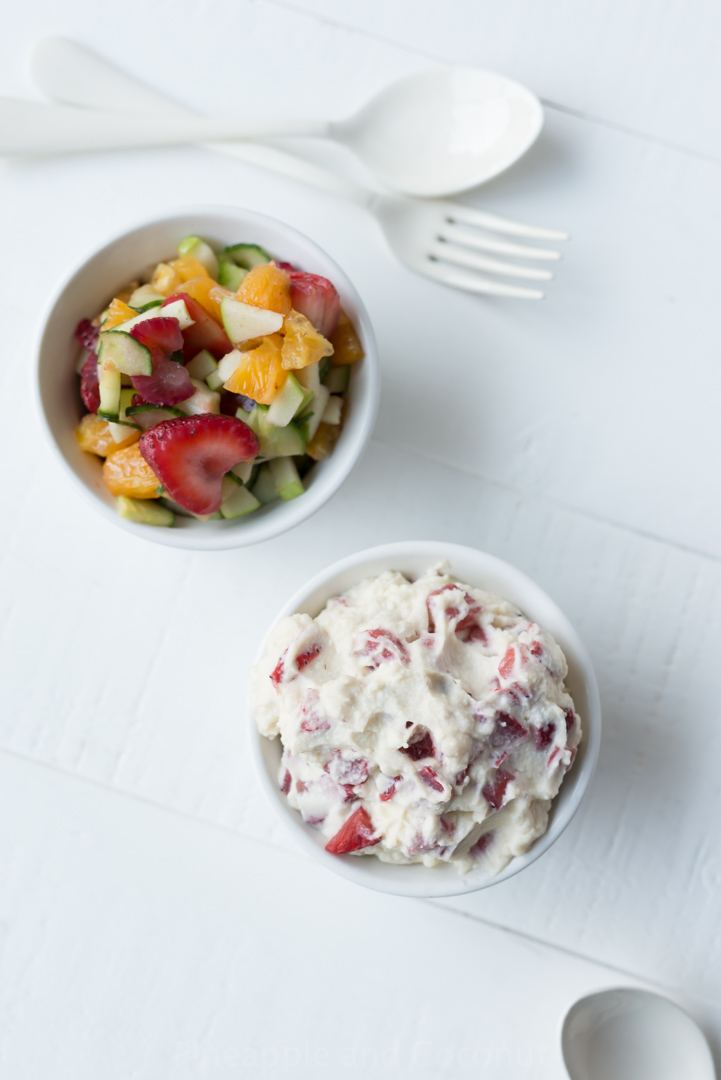 The garnishes for a Pimm's Cup widely vary from what I found online. I went with the traditional strawberries, English cucumber, oranges, green apple for my compote and I made a simple syrup of lemonade with ginger ale to mix into the compote. Lemonade and ginger ale are the two mixers that are in the Pimm's cup cocktail. 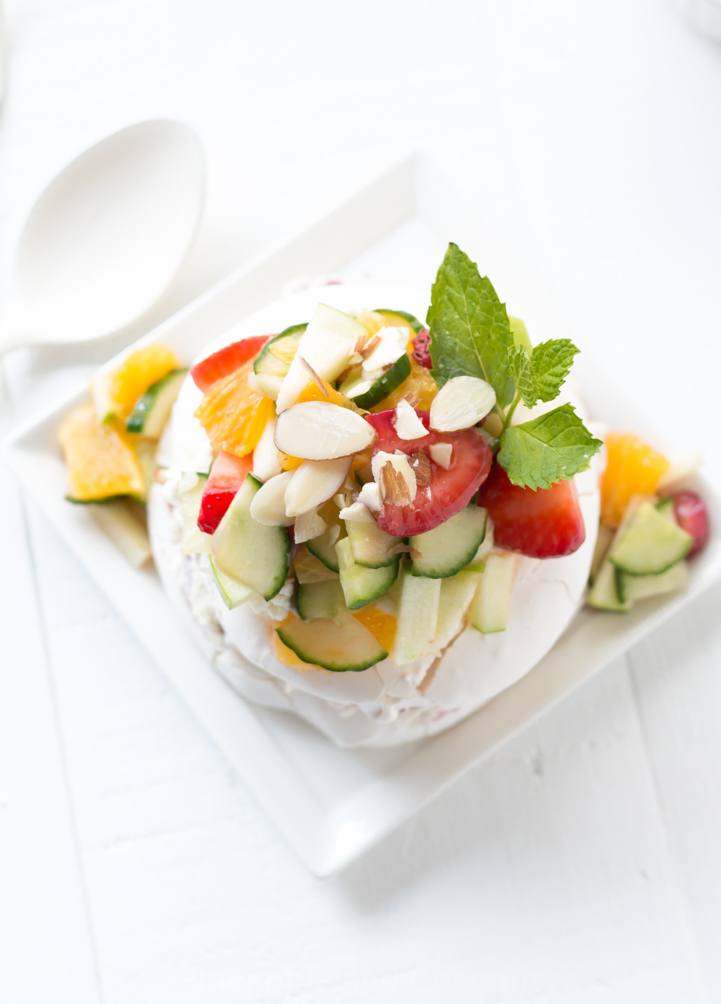 This dessert is really easy to make. You can make the macerated strawberries, the lemonade ginger ale syrup and the strawberry cucumber compote the night before OR while the meringues are baking and cooling. The meringues are only a few ingredients making them way less intimidating than they seem. Just don't over bake them or they wont have that nice chewy middle that just melts in your mouth. 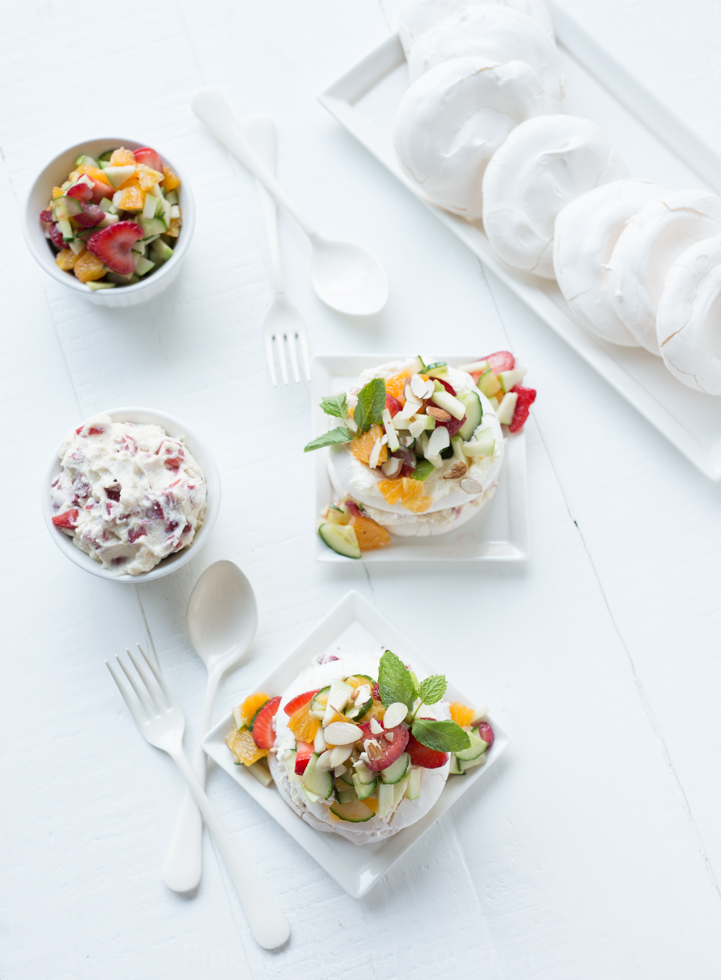 I actually hadn't had a Pimm's Cup before making this recipe so after I bought the liqueur I made one. Or two. It is absolutely delicious.  A very fun refreshing cocktail perfect for summertime. There will be leftover topping after you make these desserts so you can always make a few Pimm's cups to sip on. Or champagne. Champagne is also a traditionally served drink at Wimbledon. I would love to go to Wimbledon one day to watch the tournament in person and sip on Pimm's cups, Champagne and eat strawberries and cream. SO FANCY!!

For the Strawberries and Cream

To make the strawberry whipped cream

To make the topping. Combine all the items in a bowl and gently stir. Pour about 2 tablespoon of the lemonade ginger ale syrup over the mixture and chill until ready to serve.

Lemonade Ginger ale syrup - Combine ½ cup each lemonade, ginger ale and sugar in a small saucepan. Bring to a boil let simmer about 5-8 min to reduce and thicken slightly. Let cool completly, transfer to a jar and chill completely until ready to use. 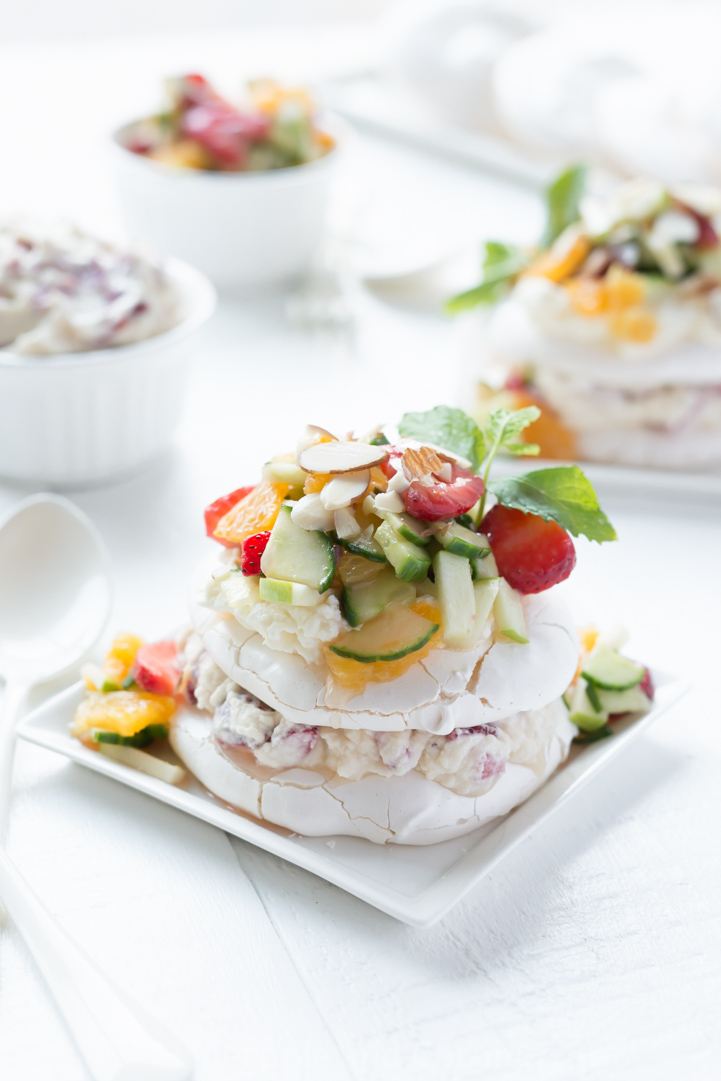