Mango Passion fruit Italian Cream Cake with Kiwi Buttercream.  A tropical version of the Italian Cream Cake from Irvin Lin's Cookbook, "Marbled, Swirled and Layered". It is gorgeous, delicious and well worth the effort. Everything in Irvin's book looks incredible. It was hard to choose what to make first. 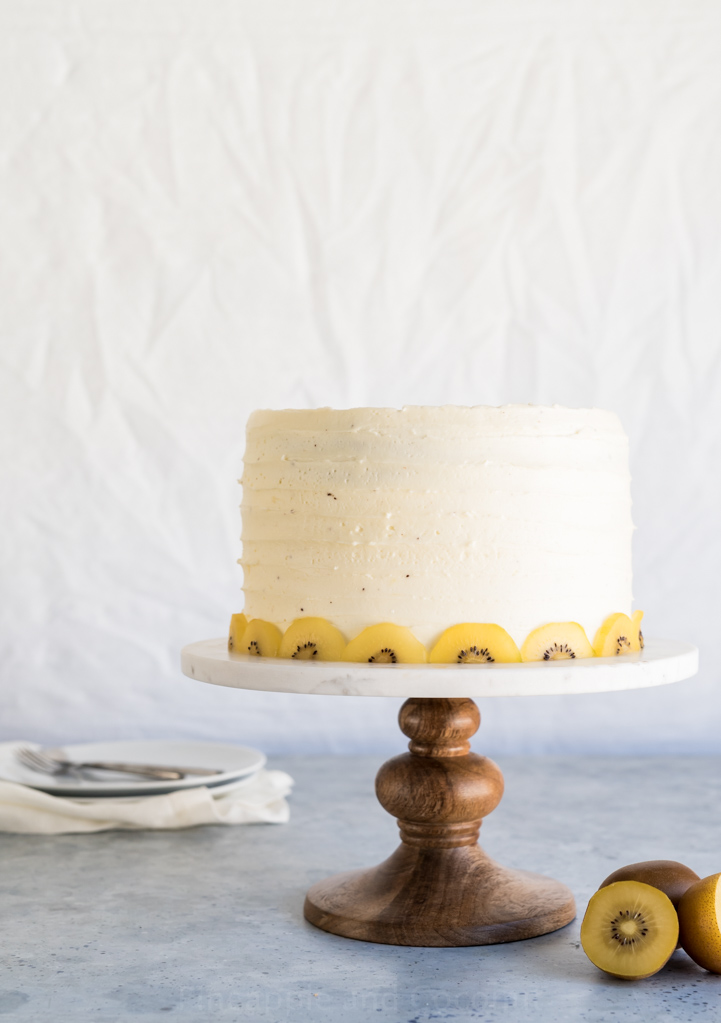 Irvin is celebrating the 1st anniversary of his gorgeous baking book : Marbled, Swirled and Layered,  and to celebrate I made this cake of his in his book's honor. Irvin sent me a copy a few months ago and when I was flipping through it I landed on the recipe for Meyer Lemon Italian Cream Cake with Lemon Custard and Strawberry Buttercream. I was intrigued and even moreso when I saw his alternative recipe to it with using mango, passion fruit and kiwi. That had my name all over it. Fancy layer cake with tropical flavors? Yes please. Irvin's blog,  Eat The Love, is one of my favorite baking blogs. His recipes are incredible, fabulous photos and he is an amazing writer. He also has the funniest April Fool's recipe on his blog - How to Boil Water. He has a fabulous sense of humor. 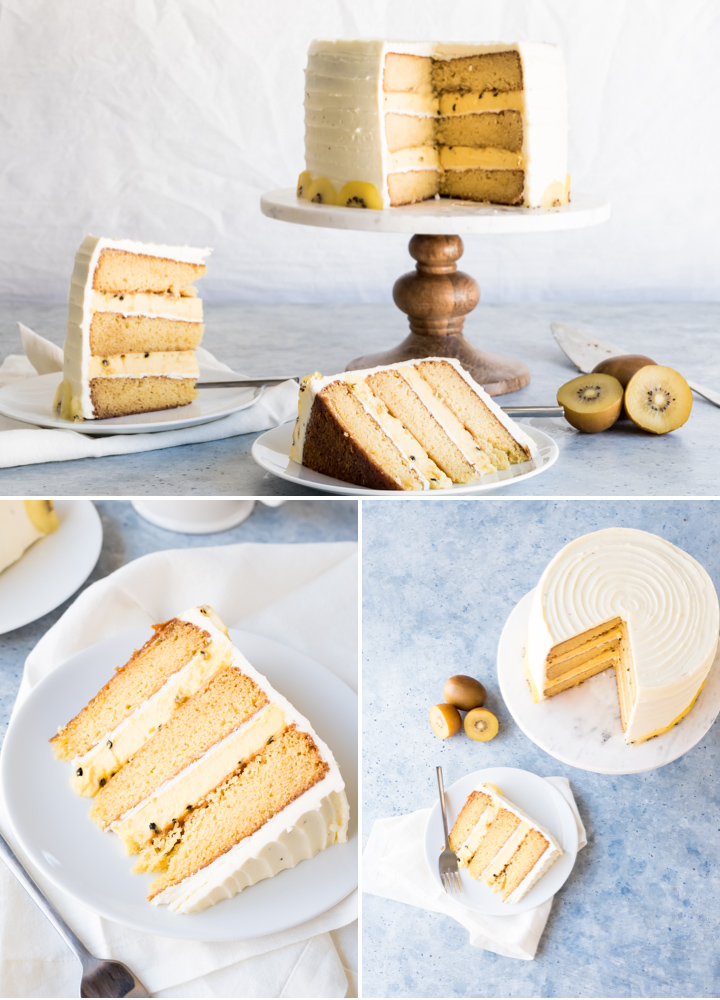 When I first told Irvin that this was the cake I was going to make he warned me that it was pretty labor intensive and I could choose something else if I wanted. I was up for the challenge and I chose it since this cake was one of the few recipes in the book that doesn't have a photo. I wanted to show the world his gorgeous recipe. As best as I could make it look that is. Complicated layer cakes don't scare me plus I changed a few steps to make it less daunting of a task. This is a great cake to make over a few days if you don't have many cake pans or time to make all in one day. The custard layers take a while to chill and set, Irvin recommends up to 24 hours to chill it, which is what I did. I spread the cake making out over three days. Cakes first, custard layers next, buttercream and assembly on the last day. 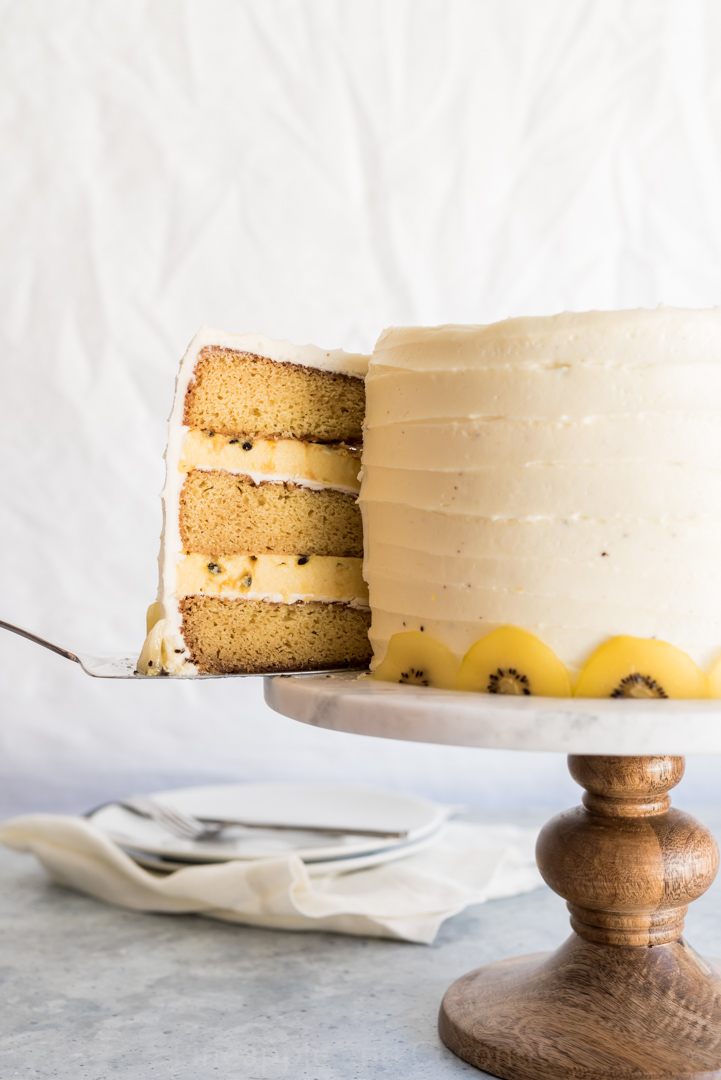 Day 1 bake the cakes and freeze them. My trick to keeping cakes moist is to wrap in cling film when still somewhat warm after baking and placing in a resealable bag then freezing. Freeze on a flat surface such as a baking tray or cardboard cake circle. This keeps a nice flat bottom for layering the cakes later. 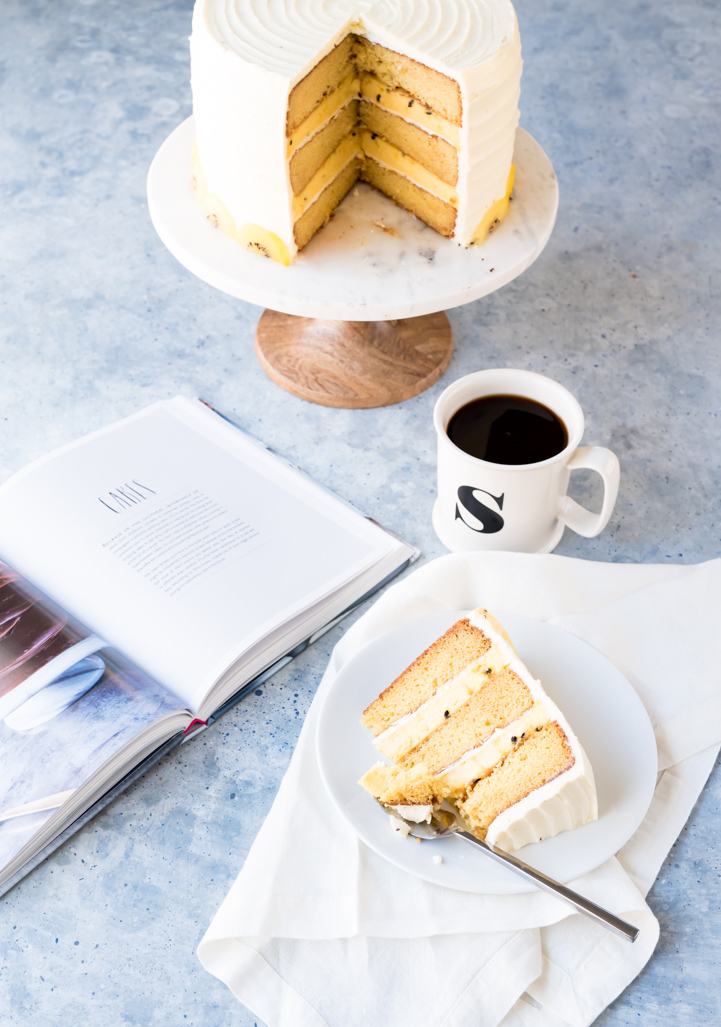 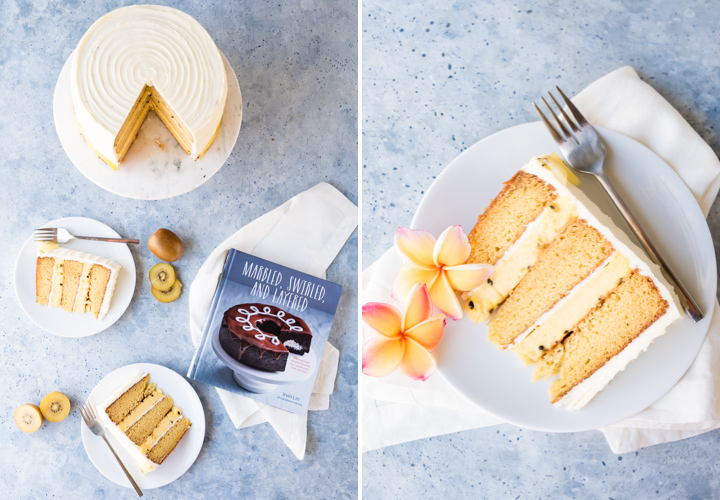 Day three make the buttercream and assemble the cake. Since I was making the kiwi version of the buttercream for this cake I had a little bit of trouble with the kiwi syrup and my first batch didn't come out quite right. I also have a candy thermometer that isn't working correctly and between the two issues I had to scrap my first batch of buttercream. I decided to go with Swiss meringue since I time that instead of using a thermometer ( although I highly recommend using a candy thermometer for either Italian or Swiss meringue buttercreams) and it came together quicker than making Italian again. I was starting to run out of daylight and wanted to get the cake decorated and photographed. I also didn't trust my wonky candy thermometer enough to have a go at a second batch of Italian meringue buttercream. I also added in a thin layer of the buttercream with the custard layers. Irvin doesn't have this step in his book, I did it because my layers fell a little in the middle when baking so I used the buttercream to fill them in so the custard layers would sit evenly on the cakes.

This isn't a beginner cake recipe. This does take a little bit of baking knowledge, however, it is very doable as long as you carefully read the instructions and have everything prepared ahead of time. You can make the cakes one day and freeze them until ready to assemble and make the custard another day or vice versa. Make the custard one day, keep chilled until ready for assembly after you bake the cakes and make the buttercream. You can make the buttercream while the cakes are baking. The buttercream can be made ahead of time as well, keep chilled until ready to use. Bring to cool room temperature then whip again until light and creamy in your stand mixer or with a hand mixer. Often cakes such as this one are easier to make in two days. It really is worth the effort, this cake is a stunner both in looks and flavor. 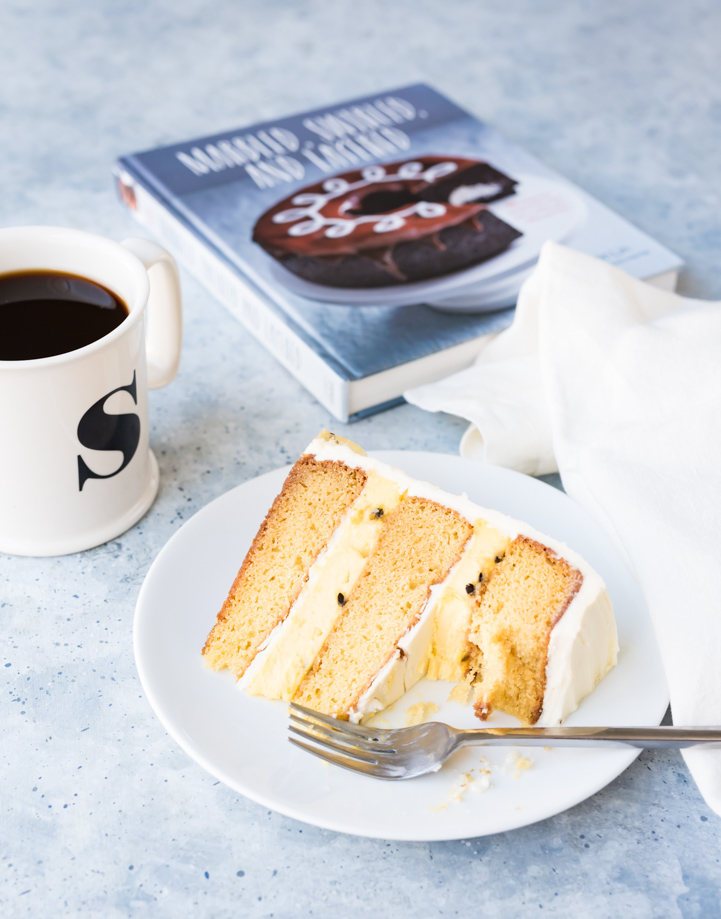 One of the things I love most about this mango passion fruit Italian cream cake is as decadent as it is, it really isn't overly sweet. The flavors really work well together. Keep the cake chilled and slice when chilled. A cold cake slices much easier. Bring the slices to cool room temperature before serving since the frosting is more buttery than sugary and tastes way better at room temp. You can freeze slices wrapped in cling film and in resealable freezer bags for up to 3 months. Just set out and bring to room temp before eating. It is excellent with a cup of coffee or tea. Thank you Irvin for sending me a copy of your gorgeous book and congrats on your book's one year anniversary. Readers can pick up a copy of Marbled, Swirled and Layered from Amazon.