Remember the B52's song "Love Shack" and the part where they stop the music and the one gal yells "Tiiiiiiiiin Roof!  Rusted!" That is what inspired this recipe today. Tin roof ice cream cones..but "rusted" with the swirl of caramel sauce. AND right in time to celebrate National Ice Cream day. I believe one can celebrate national ice cream day any day they would like. Especially in the Vegas summer heat with tin roof ice cream cones. 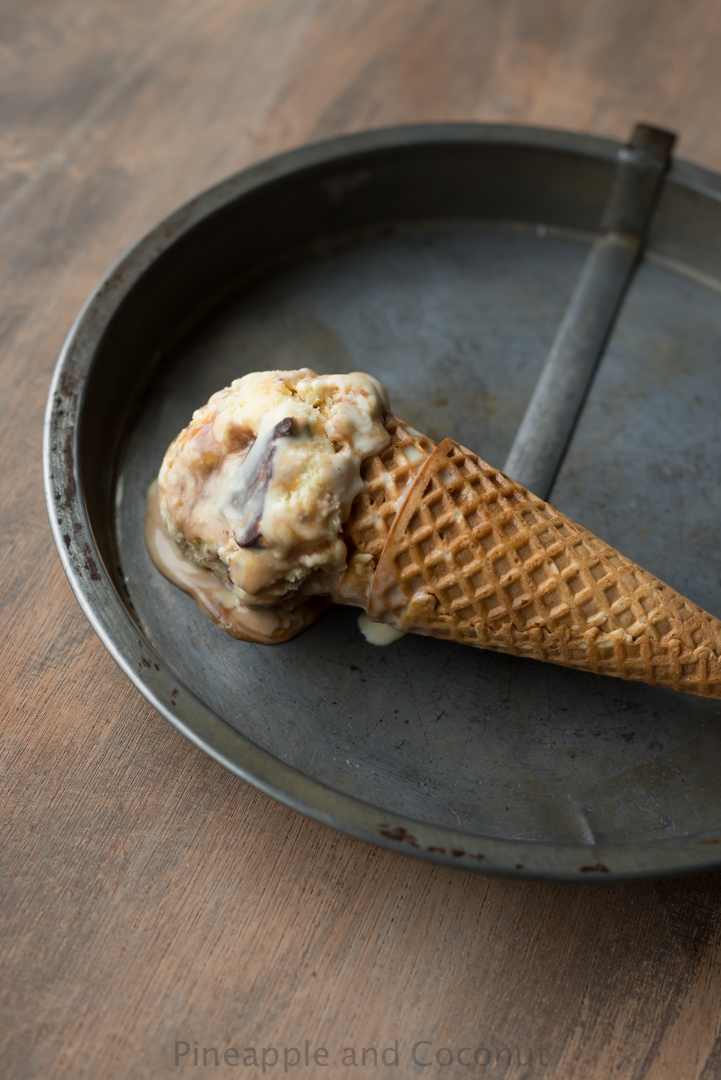 The B52's have and still are one of my fave bands to rock out to. I have been a fan of all kinds of music for a long time and I even worked at a radio station when I was younger. That is actually quite the funny story how I got that job. 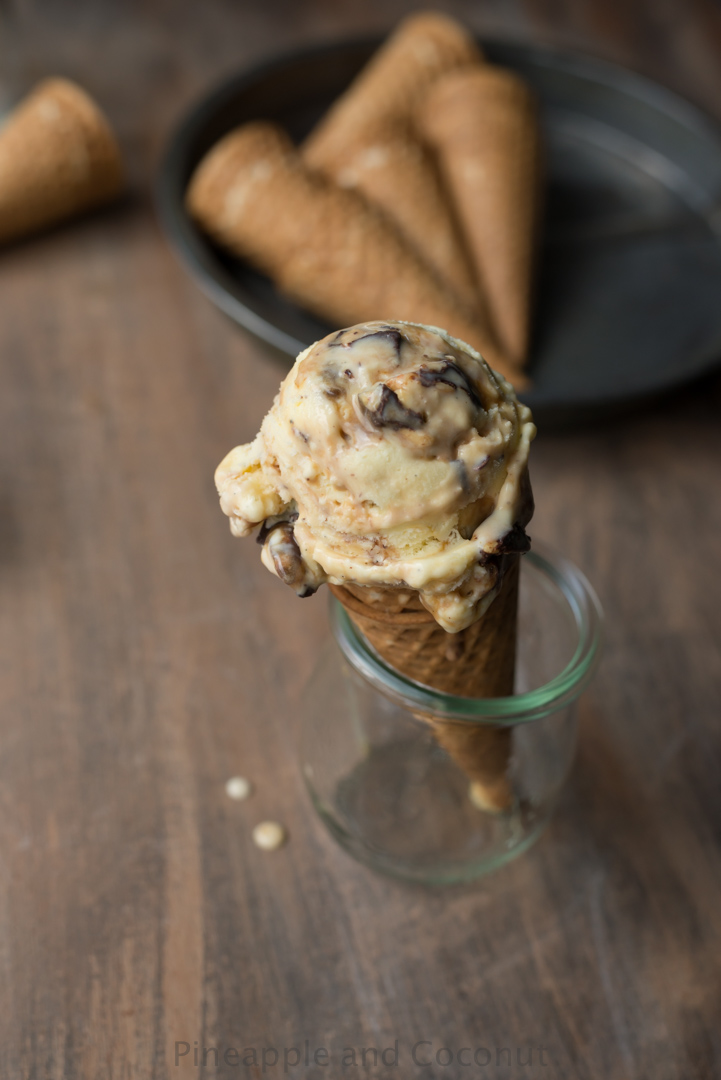 It was either 1996 or 1997 when I got the job. Don't remember the exact year, but it was a year or two after I graduated high school. Now you know how old I am.  There was a contest at the local alternative rock station to win a Porsche speedster convertible. I LOVED Porsche speedsters. The way to enter was to fill out the forms that were located at many businesses around town, one being Gold's gym, the gym I went to everyday. I would walk in, grab the entire stack of entry forms, head up to the stairmaster and fill them out while I stepped away. I did that many times to the point that the gym staff would save me the entry forms, they all wanted me to win. 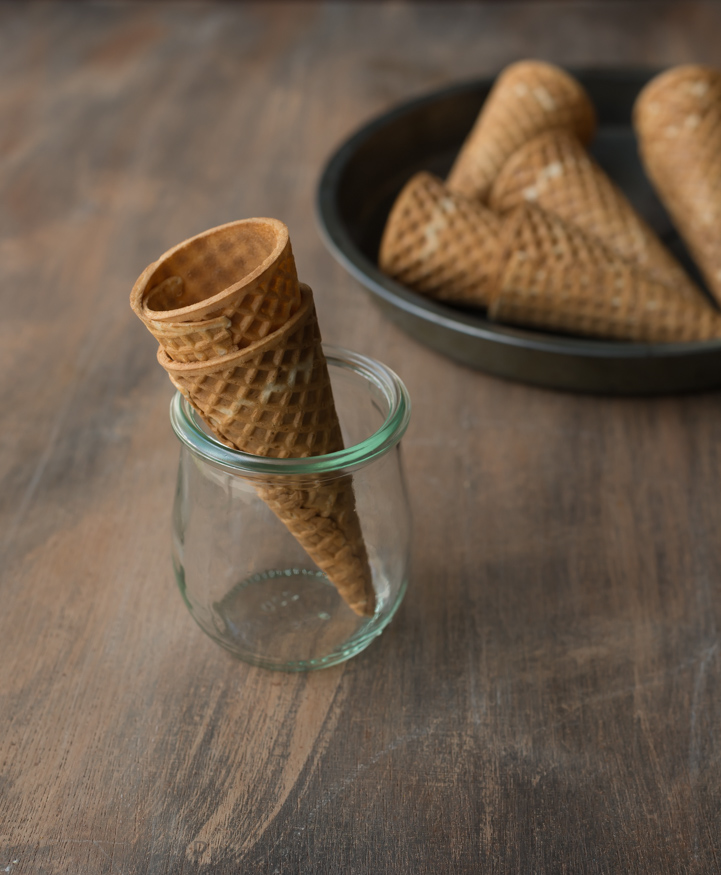 My filling out of almost all the entry forms at the gym paid off. I got a phone call saying I was one of the top 10 finalists and to come to the party at the zoo where the giveaway would be held. I took a kid I was babysitting at the time to the giveaway since he was friends with the morning radio Djs via his parents. He was to be my good luck charm. We arrived at the zoo and he ran over to Brad and DM and they were stoked to see him. I had met the guys a few times before around town at live radio events in front of stores or bars. Yeah bars, I had a horrible fake ID but somehow managed to get into a few places. Probably from having an older brother with friends who bounced at a few places and let me in. Anywho, that is a different story. Back to the Porsche story. 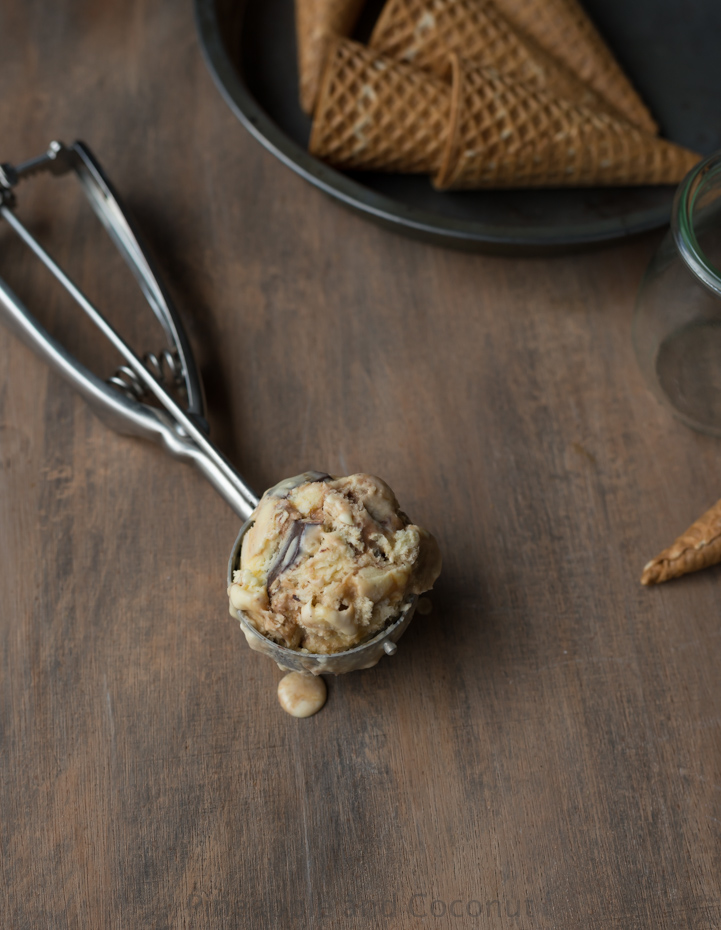 There were 10 finalists and a jar with keys. We each took a key. Who ever had the key that started the Porsche won it. Well guess what? I didn't win. The FIRST guy to sit in the car was the lucky winner. His key was the lucky key. We were all so bummed since no one else even got a chance to sit in the cute little car. The kid I babysat and I hung out for a while and talked to the DJs and they invited me to come on their morning radio show to talk about what a loser I was since I didn't win the car. Sure I said, why not. The next week I was walking up the steps to the radio station for my very first on air experience. It was awesome. I got to hang out all morning as the guest DJ.  The station manager and owner were so impressed with how well I spoke on air that they offered me a job! 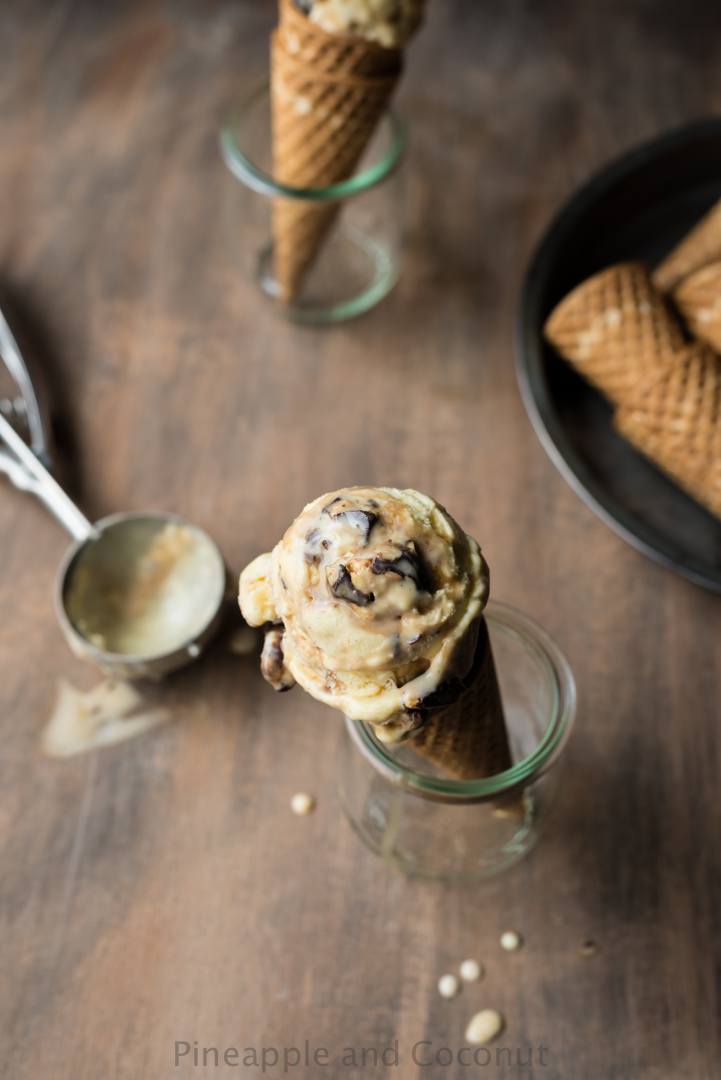 I had odd jobs around the station from recording commercials, to editing the music for the different shows to being on air. Since they had dedicated DJS for each online spot I was a guest co-DJ during the morning show a lot and the evening show. There were times when I was the only one late night and got to do a lot of on air work. It was so fun. We also got to meet a TON of rock stars that came through the station. One being Fred Schneider of the B52's. It was rad meeting him if only briefly. Another benefit was getting free concert tix and getting to meet the bands backstage. It was a fun job for the short while that I worked there. It was just a part time gig since I was still in college and babysitting paid more. WAY more. But whatever, it makes for a fun story. 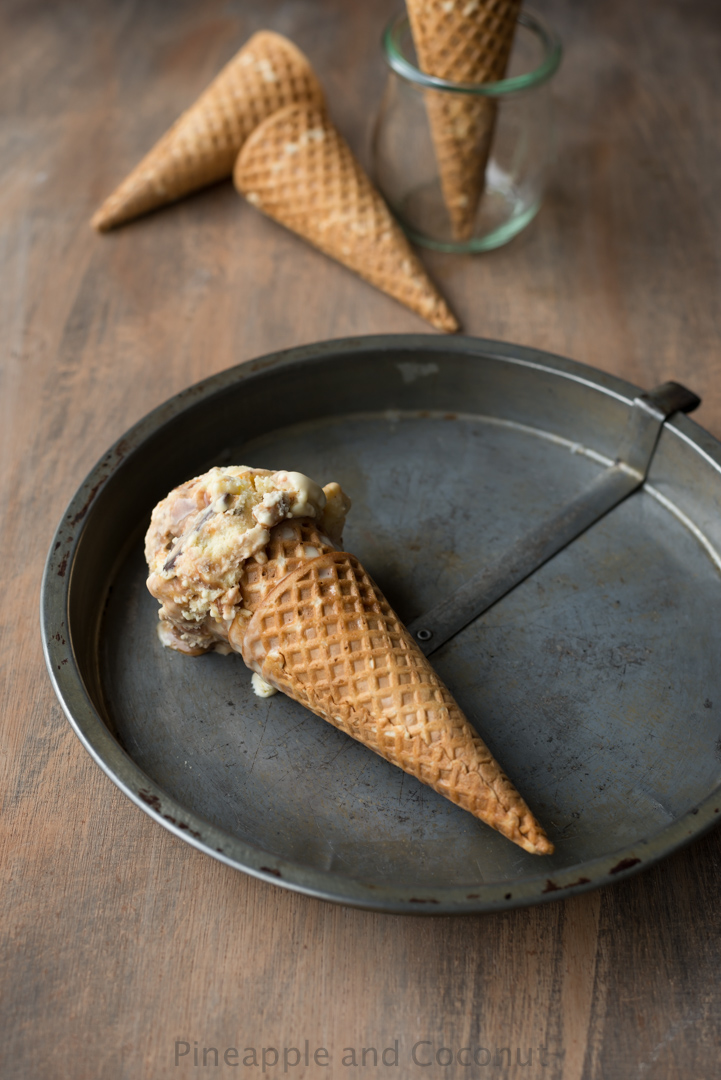 Oh and that Porsche that I didn't win? It was a stolen car. It didn't get stolen...it was stolen. Apparently the car lot that the radio station and other sponsors that bought it for the contest didn't know either. Someone had brought it in from an impound lot and it was at the used lot for sale. The guy that won it drove it around for about a week I think and when he went to register it came up as a stolen vehicle. OOPS. Not sure if he ended up with a different car, but he definitely didn't end up with that adorable Porsche speedster. 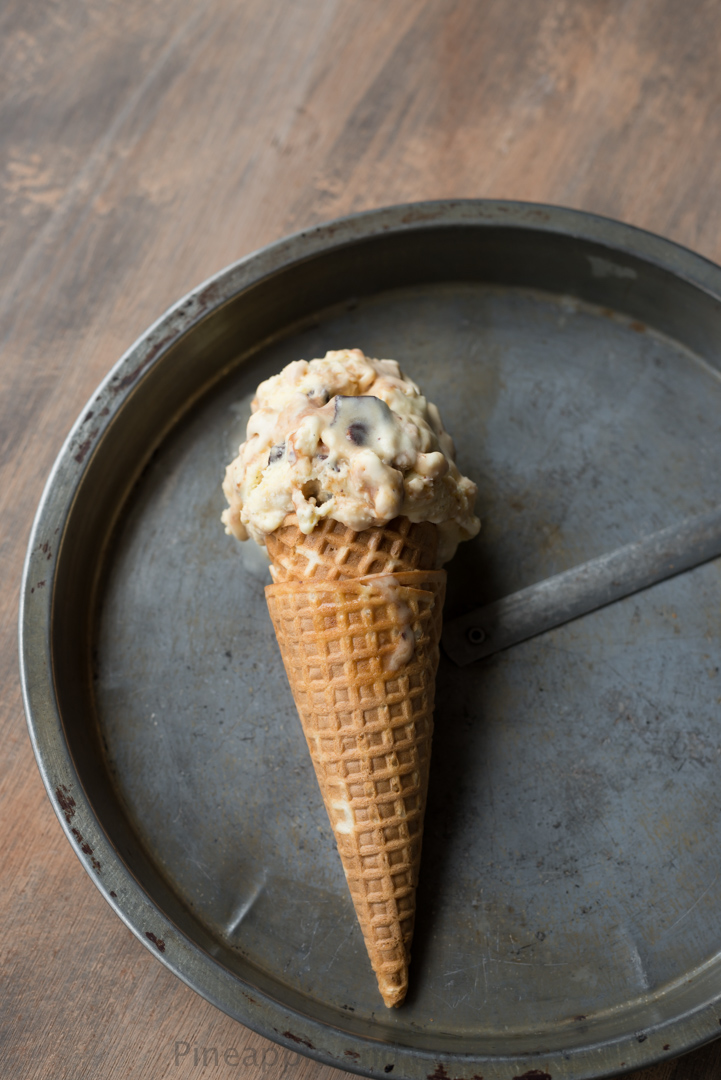 Now about these tin roof ice cream cones. I love David Lebovitz's ice cream book, A Perfect Scoop. I have made many of the recipes and his vanilla is my go-to base for many. I was flipping through the book and came across tin roof ice cream. Of course when I read "tin roof" I had to say out loud " tiiiiiiin roof. Rusted!" and I knew I wanted to make it. I cranked the B52's in my kitchen and got to work. I had vanilla base already chilled so all I needed to do was make the mix-ins and churn. Traditional Tin Roof ice cream has fudge ripple swirled into it along with red skinned Spanish Peanuts. David Lebovitz added in chocolate covered peanuts instead of the Spanish peanuts. I love salty sweet so I went with salty dry roasted peanuts and I made a chocolate bark with them and broke into small pieces to mix in and I added in a caramel sauce swirl for the "rusted" part.

For the vanilla ice cream

For the fudge ripple

For the caramel sauce

For the Ice Cream

For the fudge sauce

For the caramel sauce

Notes: there will be left over fudge sauce and caramel sauce. These will keep up to 3 weeks in airtight containers or jars in the fridge. Bring to room temperature or heat in microwave ( if stored in glass jars) for a few seconds to soften before using. The sauces and peanuts can be made ahead of time or while the ice cream base is chilling.

You can go the super easy way with this if you don’t have an ice cream maker and use store-bought vanilla ( Straus Organic Vanilla is my fave) and let it soften slightly then mix in the fudge and caramel sauces and peanuts. You could also buy jarred fudge sauce and caramel sauce as well. OR you could go to an ice cream shop and order a scoop and have no mess to clean up at home from making this recipe. 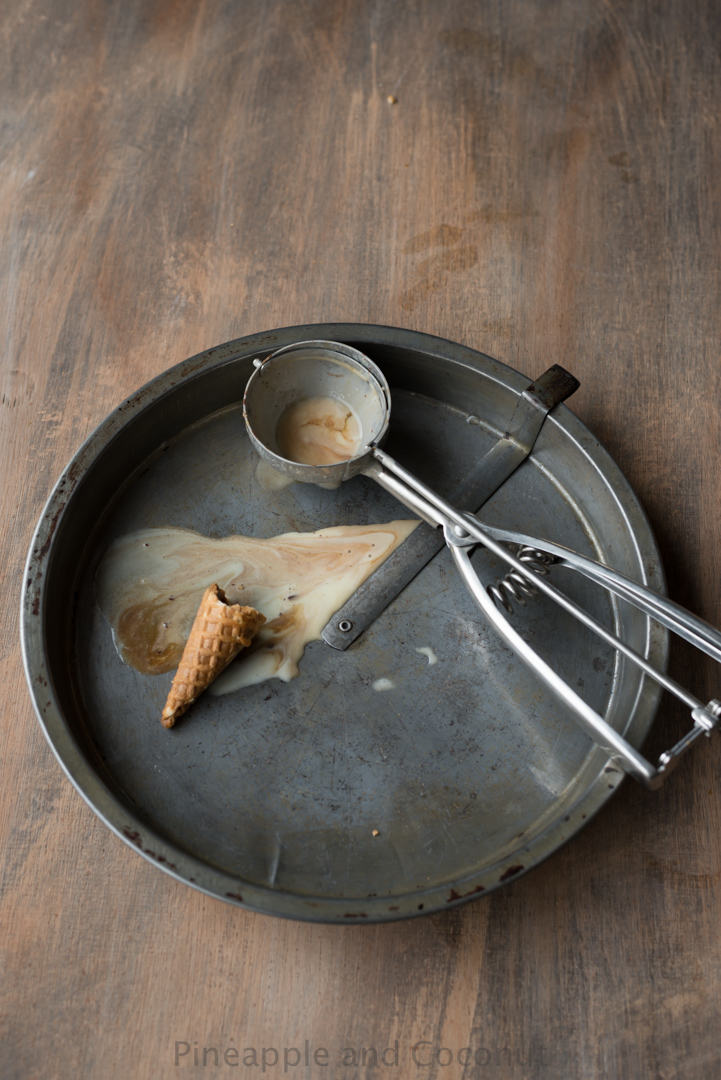 I have a confession about these tin roof ice cream cones. I made this recipe and took these photos two years ago. They have sat in my photos to edit and recipes to write file for, well, two years now. When I made the recipe it was getting towards the end of summer and pumpkin everything was all over Pinterest and all my friends were sick of summer and ready for back to school and I decided to not blog it since it was not longer "seasonal". But you know what? I don't care about that anymore. I plan on making summer recipes year round since that is what I love most. Just wish stone fruits were available year round. You know what is available year round? Ice cream. July 19th might be National Ice Cream day, but I say celebrate any day you want. Break the "rules" because rules are meant to be broken.