Grilled Veggie Chicken Tortilla Soup is a delicious variation of my favorite soup. 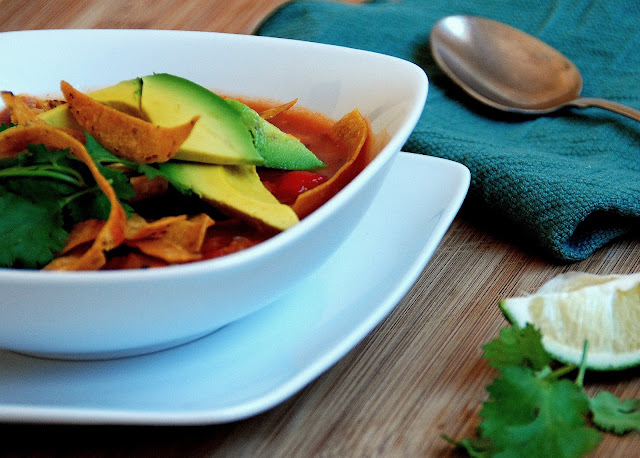 I absolutely love chicken tortilla soup. In fact, I “judge” any good Mexican restaurant on how good their chicken tortilla soup is. And when I find a place that has a good one, I try to tweak my own recipe to try to match it. My recipe is never the same each time I make it. Mostly because I have tried so many different recipes over the years I have never actually remembered which version I liked best, nor wrote any down. I just throw stuff together.  So this time I did write it down. 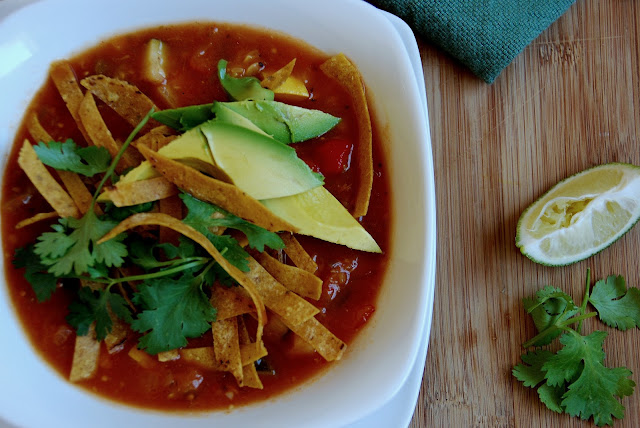 I usually crave this soup in the middle of summer. You know, when its a gazillion degrees out and I should eat something hot. Makes sense. 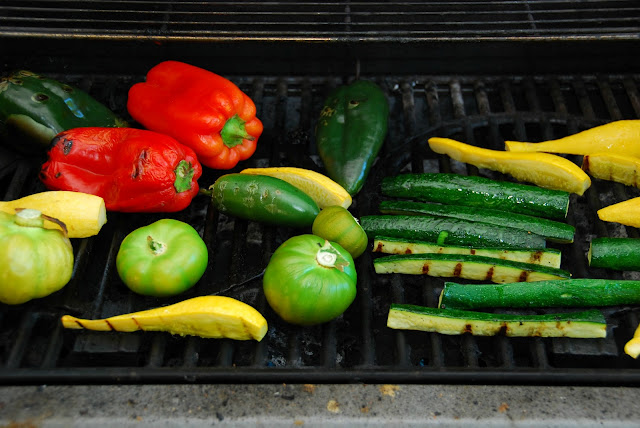 This time I did something different with the usual veggies I use in the soup. I grilled them. So glad I did. That extra smoky flavor adds a depth and richness to the soup than just sauteing them in the pan gets. 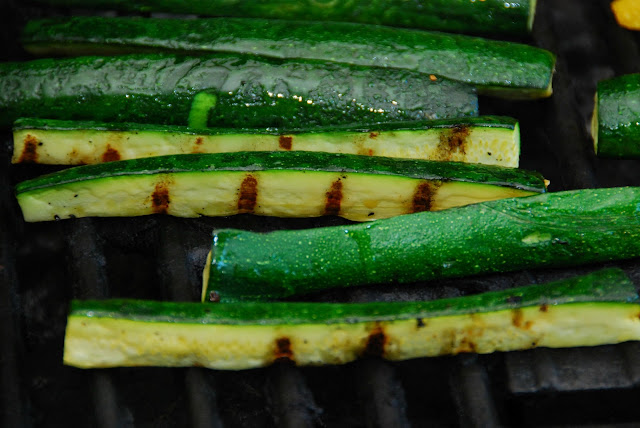 I love the richer flavor grilling adds to veggies. 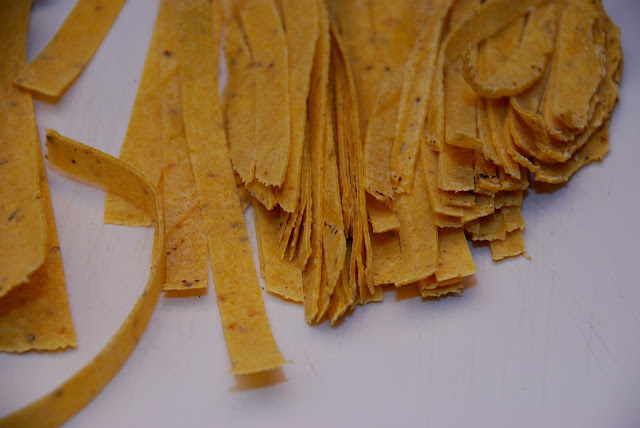 I also bake my tortilla strips rather than deep fry. Mostly because I have banned myself from ever deep frying ever again ( homemade churro disaster a year ago I promised never to do it) plus I only have one big pot and that’s what I make the soup in, can’t exactly deep fry and make soup in the same pot at the same time. At least I have never tried 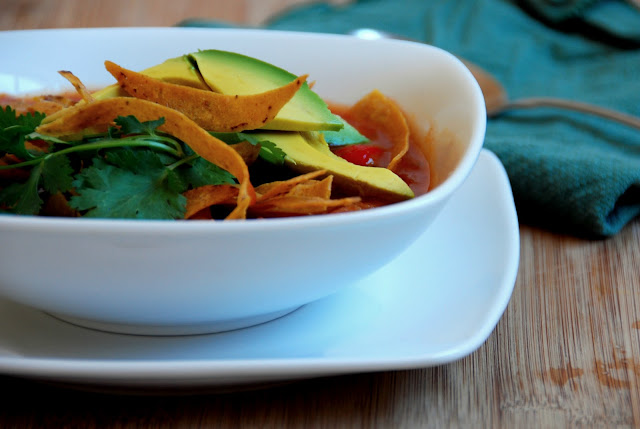 Don’t be like me and realize once you have taken all your pictures, ate the last bowl of the soup and started editing said pictures that you forgot to add the cheese. Oops!!

Wash and trim off ends of zucchini and yellow squash and slice lengthwise into 4 sections each. Spray lightly with olive oil cooking spray. Grill 4-6 minutes turning every couple of minutes until there are grill marks on all sides. Let cool

Grill the peppers until skins are mostly blackened, turning every few minutes to evenly char, about 5 minutes total, careful not to char the flesh but just the skins, set in a bowl, cover with towel for 5 minutes until cool enough to handle

If using fresh tomatoes, roast on the grill a few min a side until the peel starts to wrinkle, place in a bowl of ice water for a few min. Remove from ice water,

peel the skin off, cut into 4ths, scoop out seeds, cut out core and dice into chunk and place in a bowl

Once grilled veggies are cool, dice the zucchini and squash into ¼ pieces. Under running water gently peel the skins off the peppers, remove stems and seeds and slice lengthwise and then dice. Dice the tomatillos carefully, place all in the bowl with the tomatoes and set aside. Alternately if using a can of tomatoes, just open and pour tomatoes and juice into bowl with grilled veggies.

In a heavy bottomed pot or Dutch oven over medium heat on the stove, heat 1-2tbps olive oil and sauté the chopped onion for 4-5 min or until translucent and starting to brown, add in minced garlic and stir another 30 seconds until fragrant. Add in the spices, stir again another 30 seconds

Add the grilled veggie mixture to the pot along with the 2 tbsp of tomato paste, lime zest and juice and stir until combined. Add the chicken broth and let simmer 5 minutes. Take about 2 cups of the soup and puree in a blender, add back to the pot and stir. Add in chicken and diced cilantro and season with salt to taste. Let simmer another 15 minutes.

While the soup is simmering, preheat the oven to 350 Deg F, Slice the tortillas into ½” strips, spread on a baking sheet and spray with olive oil cooking spray, coating both sides well. Bake about 10 min until crispy stirring occasionally. Remove from oven and cool on a paper towel.

Ladle soup into bowls. Garnish with avocado slices, tortilla strips, a slice of lime, a few sprigs of cilantro and a sprinkle of cheese. Enjoy!